Amazon has just announced a new Fire TV TV box with support for 4K Ultra HD and HDR (High Dynamic Range), and a cheaper price, as it is selling for $69.99 on Amazon US with delivery scheduled to start on October 25, 2017. 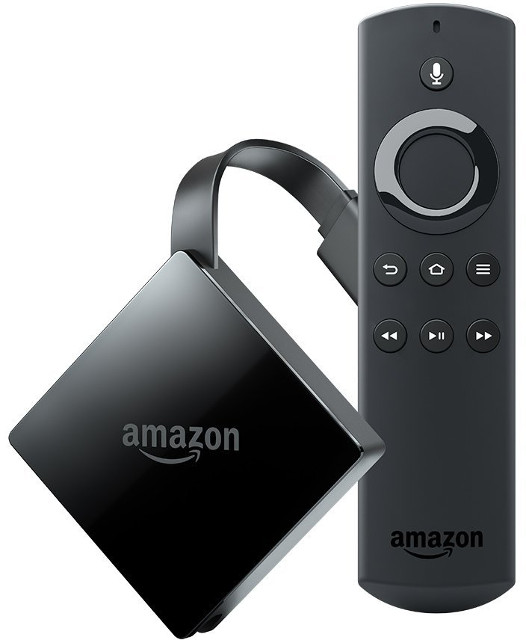 Amazon just mentions “Amlogic Quad-core 1.5GHz | ARM 4xCA53” for Fire TV processor, so it first assumed it could either be S905X, S905D or S905L since all support 4K60, HDR-10, and H.265, but since Amazon did not list VP9 in the store page, I assumed Amlogic S905L should be the one. But based on more complete specs, the TV box is actually powered by a new Amlogic S905Z processor that supports VP9 too… 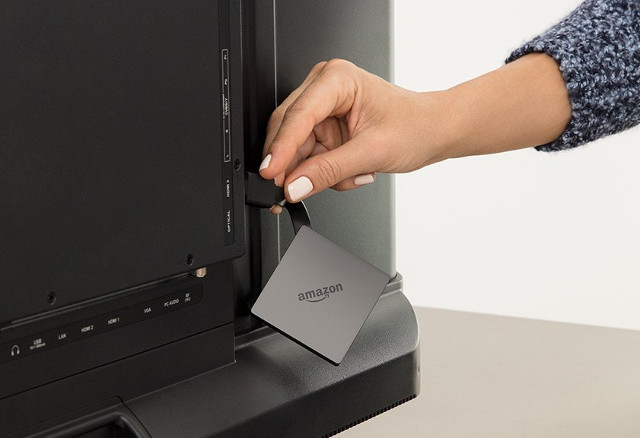 The new Fire TV runs Fire OS 6 based on Android 7.1, and ships with an Alexa voice remote control, a USB cable and power adapter, a quick start guide, a product guide, and 2 AAA batteries for the remote control. The device is as simple as possible with only two ports: a short built-in HDMI cable, and a micro USB port for power. That’s it. The latter can also be used to connect a $15 USB Ethernet adapter. Netflix, Hulu, SHOWTIME, Amazon Video, and more services will be accessible using the buttons on the remote control or Alexa, and the TV box can also be paired to Echo devices for far-field voice control.

As with most Amazon devices it will be mostly be for the US market, and some services and features may not work overseas. As a side note, Amlogic has made some recent good deals in the US, as Amlogic S905X is found in Xiaomi Mi Box entry-level Android TV TV box, and now in Amazon Fire TV.

On amazon.de it says it has Amlogic S905z chipset 🙂
https://www.amazon.de/Das-neue-Fire-Ultra-Alexa-Sprachfernbedienung/dp/B06XTVS1D4
Here are the specs:
https://developer.amazon.com/public/solutions/devices/fire-tv/docs/device-and-platform-specifications
VP9 is supported.

@Gabe
@tkaiser
Thanks updated accordingly. I can’t believe Amlogic made yet another S905 variant. We have S905, X, W, D, L, and now Z with minor differences.

Hoping that LibreElec can soon work also with it! 😉

so what’s the differences of this Z variant?