Amazon products are usually launched in the US, and a limited number of European countries, meaning most people can’t purchase or use their devices without going through various hoops.

But the company has now launched a basic edition of their latest Fire TV stick 2016 sold in over 100 countries. Basic means it supports Amazon Alexa voice services, and you pay around $10 extra for the privilege. Apart from that it looks exactly the same. 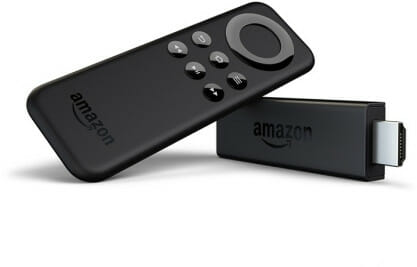 Supported languages are still quite limited with Spanish, Brazilian Portuguese, French, Italian, German, or English, and the company mentions people will have access to videos from Amazon Prime Video with “unlimited access to critically acclaimed shows like The Tick, American Gods, and The Man in the High Castle as well as The Grand Tour Season 2″

Hardware looks the same with a quad-core processor coupled with 1 GB of memory and 8 GB of storage for apps and games. Network connectivity is achieved via  802.11ac Wi-Fi, and the stick supports 1080p HEVC streaming, as well as Dolby Audio.

Fire TV Basic Edition can be purchased for $49.99 on Amazon US (and other Amazon local websites). Visit the Amazon link, and select your country to check whether the stick can be shipped there. 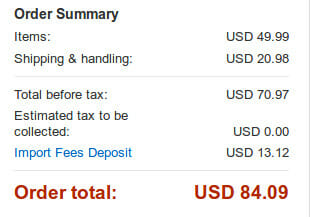 So I checked to see what price I would have to pay to get such device, and total price is $84.09 including a $13.12 import fees deposit. Amazon estimates no taxes would have to be collected, but I would likely be asked to pay 7% VAT. Unless Amazon somehow found an agreement with local authorities, I would also have to fly to the capital city to apply for a “broadcasting license” from a government entity (NBTC) in order for the package to go through customs. No thanks.

I hope this is a newer revision. I have one of the original generation sticks and it overheats if you look at it funny and I don’t live in a hot climate.

In Italy it “only” costs 39.99 euros currently for Prime customers. I don’t know what hardware it is, it seems a quad-core 32bit MTK with MALI, H265 but only up to 1080p, has 802.11ac but with no ethernet and OTG … a good Kodi installation only depends on how good is your wifi coverage near the TV. It’s not clear if it also supports HDMI/CEC to work with the TV remote and not only its own remote.

Its real crap. I’m using old version of stick. If i’ll close my eyes on slow hardware, stick still have annoying software that can’t be customized.