Geniatech has been working on some interesting tablet docks specifically designed for 96boards compliant hardware platform. They showcased a prototype at Linaro Connect US 2017 with their “almost-96Boards-compliant” Developer Board IV based on Snapdragon 410E which adds an Ethernet port to 96Boards CE specifications. 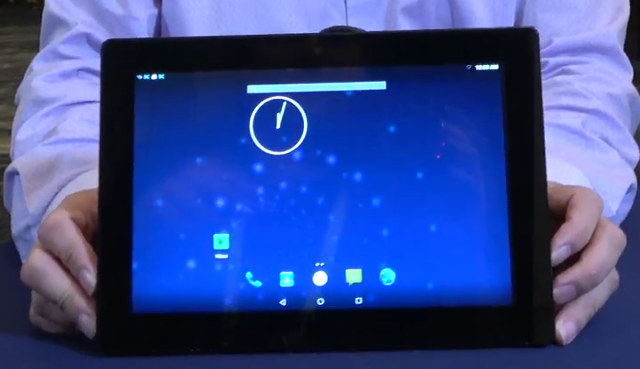 The model showcased comes with a 10.1″ FullHD touchscreen display, and should work with all 96Boards CE edition boards once launched. JinJun Fang, CEO of Geniatech, also mentioned they are discussing with Arrow Electronics, which will manage distributions, about other 7″ and 13″ models.

The video – by Charbax – embedded below was filmed in September 2017, but AFAIK the 96Boards tablet docks have not launched yet, and Geniatech did not reply to request for information, so we’ll have to wait a little longer before launch. Mr Fang also mentioned a new Snapdragon 820 based board coming later-on, maybe Developer Board V?

A few more details about the 10.1″ display for 96Boards can be found @ https://file.geniatech.com/thcdownloads/geniatech/specification/TPD.pdf

A complete 10.1″ tablet (model tpc1010q) based on Developer BOard IV is already available @ https://www.geniatech.com/product/tpc1010q-custom-tablet-pc/

The company also told me they are working on 7″ to 55″ displays.