Hardware based on 96Boards specifications may not have the number of sales as Raspberry Pi or Orange Pi boards, but there’s heavily used by Linaro member and other developer working on bleeding edge software. More and more companies are designing boards compliant with the standard, and several new mezzanine expansion boards such as Secure96, were showcased at Linaro Connect SFO 2017, and are yet to be show up on 96Boards Mezzanine page.

Another 96Boards mezzanine expansion board in development is Dragonwally, designed for stereoscopic computer vision, currently used with DragonBoard 410c board, and targetting applications such as object recognition,  people counting, access control, or driver identification and safety. 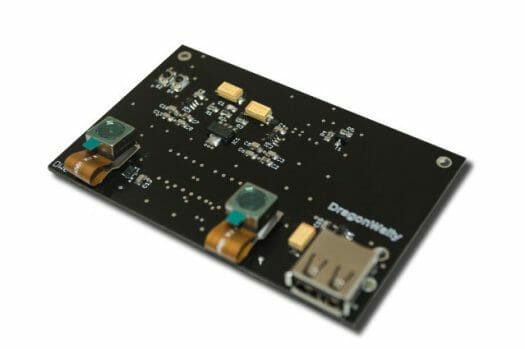 The two Brazilian developers working on the project interfaced it with DragonBoard 410c running Linaro Debian, and using OpenCV and Python for computer vision development. To demonstrate the capability of the board, they added a touchscreen display for a demo leveraging Amazon Rekognition API for face recognition and camera distance estimation.

DragonWally board does not seem available yet, nor the source code for the demo above. If you’d like more information, visit DragonWally website, or join 96Boards OpenHours #74 tomorrow.