Microsemi VSC7514 is a 10-port Gigabit Ethernet (GbE)/SMB switch supporting a combination of 1G and 2.5G Ethernet ports, and VSC7513 comes with basically the same features except it’s limited 8 ports. Both SoCs include a MIPS processor with DDR3 memory interface, and support industrial and enterprise Ethernet switching features such as VLAN and QoS processing.

Microsemi VSC751x Ocelot family was unveiled in June 2016, but I only heard about them today, as Free Electrons recently added initial support for VSC7513 & VSC7514 chip into mainline Linux with the patch series available here.

The processor can optionally be connected to a host CPU via PCIe or NPI interface, but the MIPS processor may be sufficiency for most applications.

Free Electrons explains the patch series adds support to boot the platform up to a shell, with interrupts, pin-muxing, GPIOs and UARTs, but additional features will such as support for the switch fabric will be implemented later (switchdev driver).

More details about the processor can be found on Microsemi VSC7513 and VSC7514 product pages, with the product brief being available publicly, but datasheets, reference designs, models, and reports requiring registration with a valid company email address. I could not find a product based on BSC7514, except for VSC7514EV board platform based on “VSC7514 device, together with NX7102 and NX7124A DC-DC controllers, and MSMCJ12A and MSMCJ12CA transient voltage suppressor”. 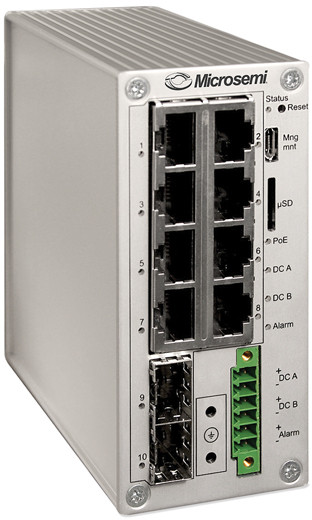 Future Electronics FTM Board Club actually appears to offers a free samples of the evaluation kit to qualified applicants, but the rules are not clear, except they obviously expect some return on investment since they ask about the projected production volume & date.