MediaTek unveiled Helio P60 Cortex A73/A53 processor with AI HW acceleration a few months ago, and we were promised smartphones would start selling in Q2 2018.

Mediatek’s partners seem to be right on schedule, as several MediaTek Helio P60 smartphones have now been announced, including UMIDIGI Z2 Pro, which we’ll cover in this post. 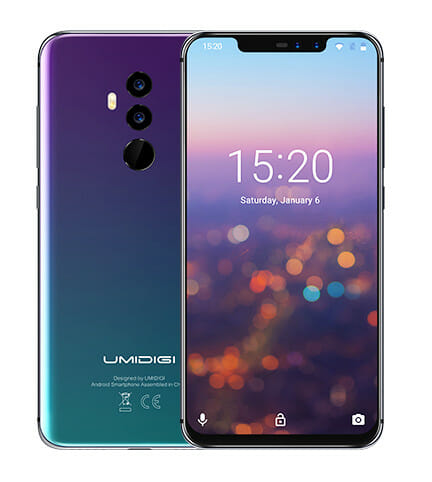 The phone runs stock Android 8.1, and ships with a pre-applied screen protector, a translucent Case, a USB type-C cable, a headphone jack adapter, a power adapter, a SIM tray ejector, and a Quick Start Guide.

The AI processing allows for better photos in various conditions, and enables features such as face unlock.

UMIDIGI Z2 Pro smartphone will launch next month, but the company was unable to provide pricing at this stage. More details may be found on the product page.

The company has also launched an international giveaway for Z2 Pro’s little brother – Z2 model – with many of the same specifications, but an Helio X23 processor instead of Helio P60, and I’ve been told a Z2 Pro giveaway is planned for next month too.