Rockchip RK3326 and RK3308 are the first Arm Cortex A35 processors from the company, and are designed for smart AI solutions such as smart speakers and smart displays. It turns out RK3326 processor has a sibling called Rockchip PX30 with most of the same features, but with dual VOP (Video Output Processor) support to handle up to two independent displays, as well as an Ethernet MAC and a USB host block. 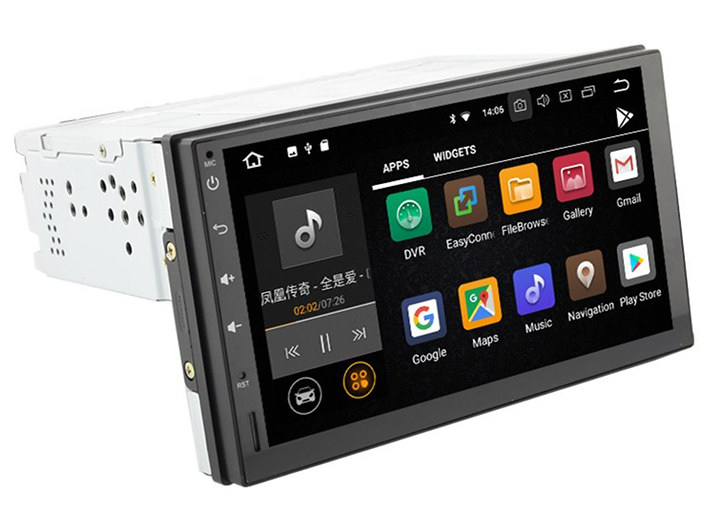 I found about the new processor after being informed about one of the first hardware with RK3326 processor: Mekede MKD-F756 car infotainment system running Android 8.1 and found on Alibaba. But when I looked for RK3326 on Aliexpress I could see three car systems with “RK3326 PX30”. Since Rockchip launched some PX processors in the past, I quickly found out Rockchip PX30 was also a processor from the company which I missed earlier.

You’ll find a dozen models on Aliexpress with price starting at just under $200 shipped. All run Android 8.1, but Rockchip recently announced Android 9.0 Pie support for RK3399, RK3368H, RK3288, and other processors including RK3326, so maybe Rockchip PX30 might also get the update.

But why none of these actually use Android Auto (https://www.android.com/auto/)?
A tablet like UI is really not very good to have in the car because it demands too much attention.

The Chinese can not simply download Android-Auto from internet and us it. It’s not open-source. They need to take an agreement with Google to be able to put it on their devices. Because of the relations between Google and the Chinese Government, this agreement is impossible. Only solution, download the open-source code that exist for Android and build an head-unit OS based on it. For unknown reason, most of those device are delivered with an UI that is not very ergonomic while driving. They could could choose automate or an other launcher design to be use while driving. They don’t…… Read more »