Hardkernel introduced ODROID-H2 single board computer with an Intel Celeron J4105 processor last month. The first Intel board from the company supports up to 32GB RAM via two SO-DIMM sockets, as well as M.2 NVME SSDs and SATA drives, and exposes various other ports such as HDMI 2.0 and DisplayPort video outputs, dual Gigabit Ethernet,  and more.

We already knew most details about the board, except for the price and exact launch date. Hardkernel launched the board today for $111 on their online store with shipments scheduled the start on November 27th. 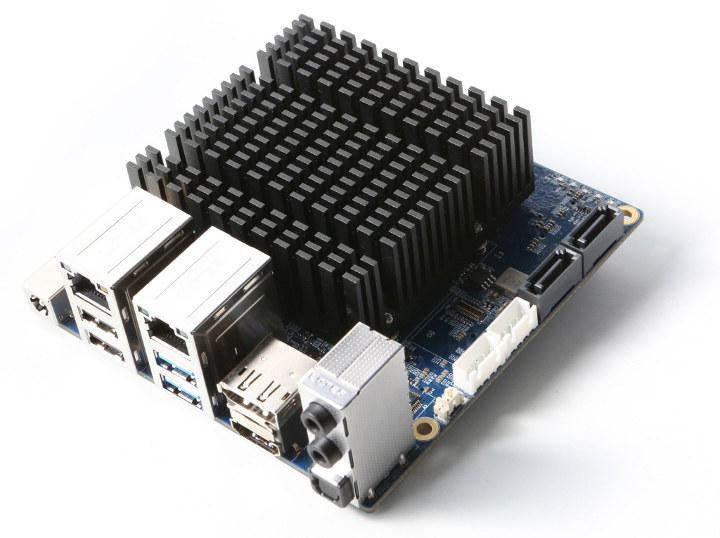 Here are ODROID-H2 specifications again with letters in parenthesis referring to the location on the photo below:

The board has been tested with Ubuntu 18.04 and 18.10 downloaded directly from Ubuntu website. Hardkernel also published a Wiki for the board, basically explaining how to get started, install Ubuntu on the board, and list all compatible accessories available for the board including DDR4 RAM modules, eMMC flash modules up to 128GB, various plastic enclosures for depending on the hard drives used (or not), a VESA mounting kit, a 15V/4A power supply, and   a few other accessories.

Thanks to Mihai for the tip.