HiSilicon Hi3559A 5-core Arm Cortex A73/A53 camera processor was announced in 2017 with support for 8K 30fps or 4K 120fps video recording, as well as an integrated dual core neural network accelerator (NNA). It should not be confused with the earlier Hi3559 4K 30 fps processor, or the newer Hi3559C that looks to be the same as Hi3559A without the NNA.

Nevertheless, today I was lead to check about Hi3559A processor once again, and I could not find any camera that you can just buy and use today. I still found some upcoming Hi3559A products with OBSBOT Tail AI camera offered for as low as $509 on Kickstarter (delivery scheduled for April 2019), one 4K  120fps OEM? camera from GKuvision, as well as an HiSilicon Hi3559A development board for 8K camera applications, which I’ll look into more details in this blog post. 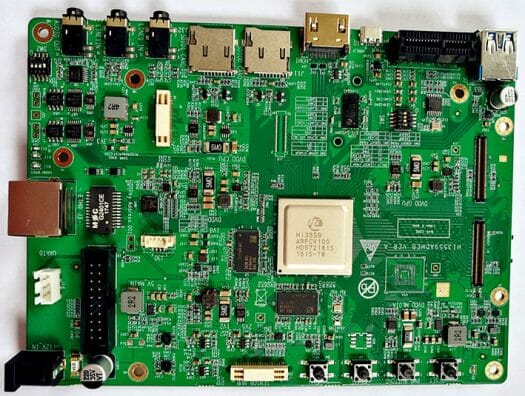 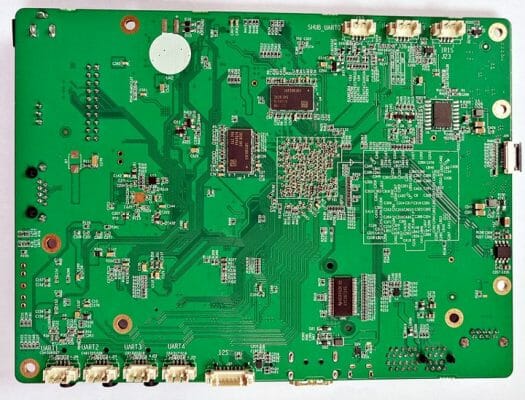 Apparently there’s a document named “HI3559AV100 Demo single board user guide.pdf” (HI3559AV100 Demo 单板用户指南.pdf) with more basic details, but it’s not available publicly. The kit is said to include the board, a Sony IMX334 board (38x38mm) plus flat cable, a TTL to RS232 serial debug port, a 12V power adapter, and “Hass original software SDK package” that comes with all schematics and PCB layout. That Sony CMOS  image sensor features a square pixel array with 8.42 M effective pixels, and the recommended resolution is 3840×2160 (8.29M pixels), so you’d need another camera sensor if you ever planed to record 8K with the board. It should still be possible to leverage 4K 120 fps capability of the processor with that kit. 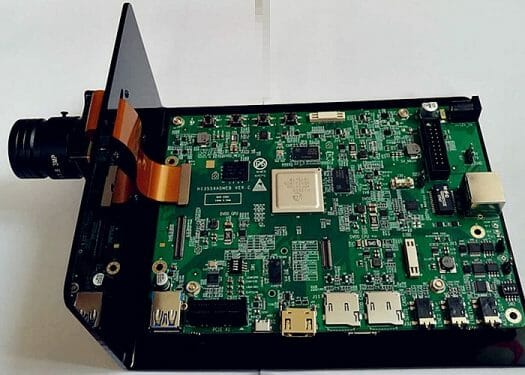 You’d better contact the seller to make sure the board is compatible with whatever you plan to achieve since it does not come cheap being sold for $1,999 plus shipping on Aliexpress. The standard price in China looks to be under 8,000 RMB, or less than $1,200.

I could learn a few more details in a Chinese website:

There is another board too