I like to look at new hardware platforms supported by Linux mainline, and recently covered MapleBoard MP130 SBC which I found in Linux 5.0 changelog.  Today, I had a look at another device. Phicomm N1 is an Amlogic S905D powered TV box running Android 7.1 with a user interface geared towards to the Chinese market.

Nothing that interesting so far, but a topic on Armbian forums made it more interesting as the box comes with a larger heatsink than most other cheap TV boxes, a 12V/2A power supply which should allow you to connect several USB hard drives, and potentially more importantly, it became popular among Chinese users, with the community releasing several Linux based distributions for the device including  CoreELEC, LibreELEC, Alpine Linux, CentOS, Debian, Deepin, ArchLinux Arm, and more. 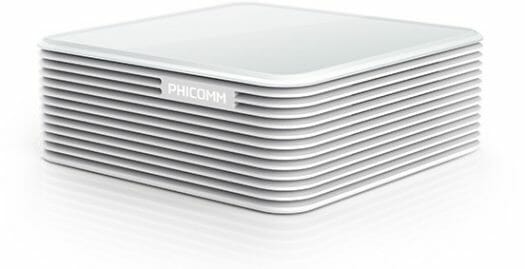 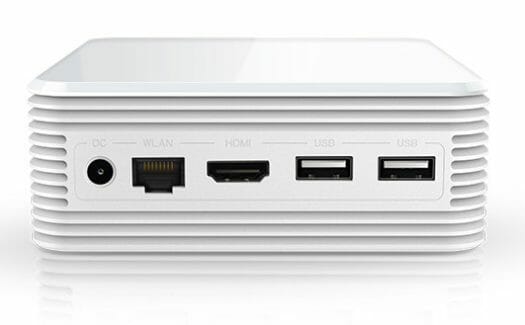 In theory, it should always be possible to port Linux distributions to other Amlogic TV boxes, but with Phicomm N1 to should be easier to setup as firmware images are provided. We just don’t know how well those images are supported and whether all features such as 4K video playback are working in those images.  There’s a long discussion thread on Right.com.cn that should give some clues as long as you can read Chinese.

Beside software support, and the beefy power supply, the components are covered with proper shielding, and a large heatsink compared to other TV boxes. 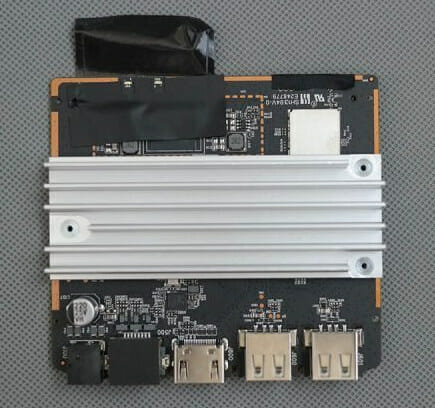 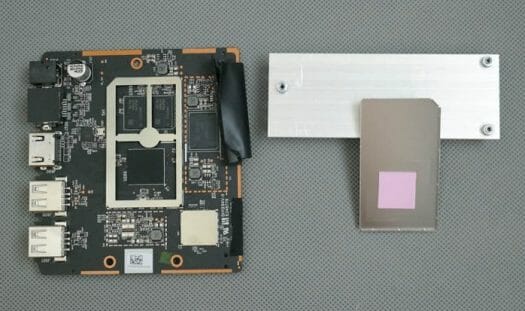 Bangliang Shen, the Armbian forum user who discussed the device on Armbian forum, mentioned that he could sell Phicomm N1 for $30 per box plus shipping on his eBay shop, but I could not find it over there, and instead I managed to find it for 1099 RMB on Phicomm “mall”. That converts into roughly $164. Wow! What’s going on? Oh I see… The product page – in English! – explains the box is actually a “Smart network attached storage based on the latest blockchain technology” and allows you to “share your idle storage or bandwidth to earn DayDay Win (DDW) digital currency which can be exchanged for Bitcoin”. The box was launched in Q1 2018, and at that time anything related to Bitcoin or cryptocurrency could be sold at a premium…

But looking a bit more on the shop, I could also find Phicomm P1 that looks exactly the same, with the same hardware specifications, a remote control, and nothing about digital currency. It is sold for 299 RMB, or about $44.5 US. Not quite the $30 I expected, but not too bad. The problem is that it might not be possible to purchase the box from overseas. [Update: Phicomm N1 can be purchased for 100 RMB (~$15) in China, see pinned comment]

Thanks but can you search on that website ? Or do you have to install a mobile app ?

These kind of help, we call it “quarter-hearted” help. 🙂

I am really interested in this box at 15 USD cost . How do I buy samples?

I don’t think sellers in Pinduoduo are selling to overseas customers. It’s quite a new platform that is famous for selling super cheap (maybe crappy or fake) products IN CHINA. Most of the N1 boxes are second handed, after miners abandomed them and collected by the sellers. I bought one at 60RMB without controller and it’s performance is impressive. You have to flash the system first of course. There are new ones sold at around 100RMB. By the way, Phicomm is dead. It’s not a company who want to make good products. That’s another story.

I don’t think sellers in Pinduoduo are selling to overseas customers. It’s quite a new platform that is famous for selling super cheap (maybe crappy or fake) products IN CHINA. Most of the N1 boxes are second handed, after miners abandomed them and collected by the sellers. I bought one at 60RMB without controller and it’s performance is impressive. You have to flash the system first of course. There are new ones sold at around 100RMB. By the way, Phicomm is dead. It’s not a company who want to make good products. That’s another story.

On the other hand, this is the only SBC where you can just plug your WLAN cable into the WLAN port.

Well, actually “WLAN” is an acronym for “Wired LAN” 😉

The board support has been added for Linux 5.0, but is really the p230 amlogic reference design without CVBS !

Yes I see, you are right! Nice we even the company that make them list it wrong.

Phicomm is a bad company in China, It turns out to be a lier on Finance and more than thousands people lost their money by phicomm.

DO NOT BUY ANYTHING OF PHICOMM!!!

I supposed this is related to their digital currency solution, so if you stay away from that part, people should be OK, or is it another matter?

I have several for sale for good price on eBay Au if anyone interested, search Phicomm N1