Olimex ESP32-ADF adds another ESP32 audio option, and AFAIK the first one that is open source hardware, with two speakers, and a dual-microphone that enable projects such as Alexa smart speaker, internet radio receiver, or SiP VoIP phone. 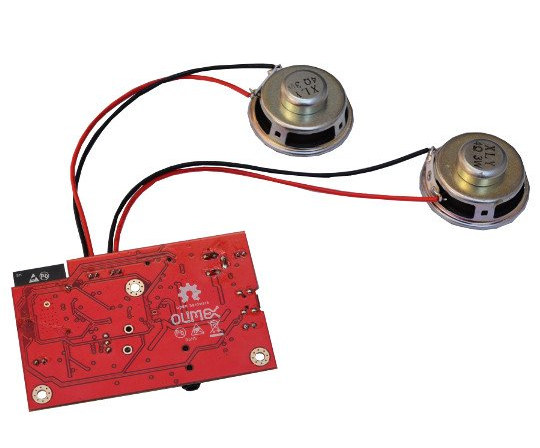 The KiCad schematics, PCB layout, Gerber files, 3D files, and BoM are released under a CERN OHL v1.2 license on Github, and they also mention a GPL3 license for the software and a CC BY-SA 4.0 license for documentation. Right now, there’s nothing about software, nor documentation, but the code for the SiP VoIP phone and Internet Radio receiver will be committed next week once the company has completed the graphical UI. In the meantime, we can all check out the Amazon Alexa smart speaker demo.

Olimex ESP32-ADF board can be purchase now for 21.95 Euros with the two speakers, while the 2.8″ LCD display with 320×240 resolution and resistive touch panel is available for 15 Euros.

Nice open source board, maybe they miss an easyway to connect uart to host without put the board in download fw mode.
Hopefully UEXT connector share an i2c and spi to make a custum user interface even uart is always more easy (no slave/master constraint).
And 4 touch buttons is better to put on the back of the pcb because they can be exposed to user outside of the case, eg 1mm of colored epoxy on top of pcb