When Pingtou Ge (Brother Pingtou) Semiconductor Co. was founded by Alibaba in September 2018, the vision was to create groundbreaking chips for production. The company had once been Zhongtianwei, a chip company, which was acquired by Alibaba in April 2018 along with team Aha. 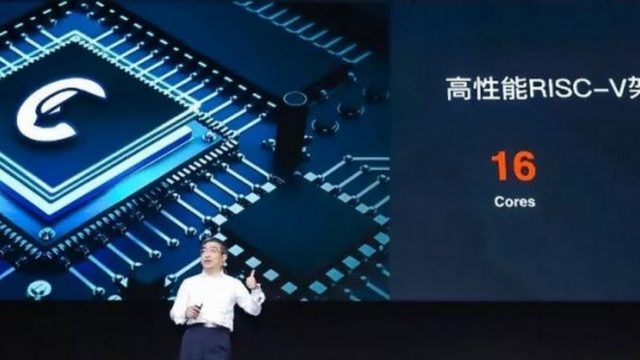 On July 25, 2019, it was announced that Brother Pingtou had released the XuanTie 910 (Black Iron 910) 16-Core RISC-V Processor. The company has reported that the processor will be integrated into high-performance end to end 5G chips, AI, and autonomous driving applications. There are conflicting reports that the processor is also known as T-Head, although its name means Black Iron. There has been no firm release date or price as of yet. Open-source technologies are being adopted on a regular basis in China, and the XuanTie 910 is being offered to developers with encouragement to use Berkeley-based open-source ISA with very few intellectual property restrictions.

The processor can deliver 7.1 Coremark/ MHz with a main frequency that reaches 2.5 GHz, which is reported to be 40% higher than the best RISC-V processor presently on the market.

There were two big technology breakthroughs for this processor – instruction processing at significantly higher levels than ever before and the first processor to achieve 2 memory approaches per cycle.

Caixian Global has reported that the chip could reduce the costs of related chip production by 50%, and Alibaba told the publication they’d release parts of XuanTie 910’s code on GitHub.

There is currently few details about XuanTie 910 processor, but China could use its influence to leverage RISC-V to offer competition to semiconductor companies like Arm, as well as circumvent US sanctions against Chinese companies such as Huawei.

That escalated quickly. ARM and RISC-V are going into the server market. Both are used for smartphone tech. Intel is losing desktop market shares to AMD. So, what are the future plans for Intel?

At the rate ARM is making progress in the server market they might out rank platforms like Itanium and SPARC in a decade or so.

If the Chinese are fully embracing RISC-V to circumvent US sanctions, we RISC-V might even threaten ARM in short time.
However, I don’t think RISC-V architectures are going to offer similar levels of compatibility like ARM ISA, it’s designed to be fully modular and expendable and there are no penalties(at least legal) for customizing the architecture, anyone who is commercializing RISC-V are most certain to customize it extensively.

True, valid point. I would like to see that ^^ Cheaper SoCs, I will always embrace that 😀 I am from Germany. So, we don’t care about this political fights. We want to do business 😀

“I am from Germany. So, we don’t care about this political fights. We want to do business”

With Iran as well?

Coremark? That’s almost as useless as Dhrystone as a benchmark… Only cache hit traffic, no branch misprediction, very sensitive to specific compiler optimization (switch/case removal). It also contains the most stupid and inefficient way of computing CRC I ever saw. Certainly quite a different profile from the targeted markets.

The alternative is using a benchmark that is not industry standard and making up the number because there’s nothing to compare against.

There are many other industry benchmarks they could have used. If they really are serious about having a high perf CPU, a SPECCPU license is not that expensive.

Or perhaps their chip is unable to boot any OS yet so they chose a simple benchmark that can easily be run baremetal (though one can run SPECCPU without any OS with some easy enough work).

Or even worse, they don’t have any silicon and so had to use emulator, or FPGA, or even worse plain simulation.

>If they really are serious about having a high perf CPU,

The number they gave was meant to show that they are doing better than other RISC-V designs as far as I can tell. The cynical part of me thinks you skim read the article, noticed the word coremark and the “must have emotional outburst” switch in your noggin triggered.

No I didn’t skim read the article. I even noticed a bad translation in it that was repeated in many other “articles” around the web. Exercise for you, kid: find it. But yeah indeed I have an “emotional” relation with CoreMark as I was involved in reviews of it before it was released. As all benchmarks it shows some interesting things, but it completely fails at showing useful details that matter to larger apps. (One of the comments I made is that their CRC implementation is quite silly. That’s another exercise for you, boy: write a better one.) In that… Read more »

Apparently they don’t have anything to showcase right now, so coremark is as much as we get today. It’s an interesting development, nevertheless, and one to keep an eye on.