In a report on April 30, 2017, Idein had developed GPGPU accelerated object recognition for the Raspberry Pi platform. That development led to the beta release of the ActCast IoT platform, which was announced on July 29, 2019, and uses deep learning algorithms for object and subject recognition. The program is for use with IoT and AI. The idea is to increase performance and link the system to the web for even more solutions. 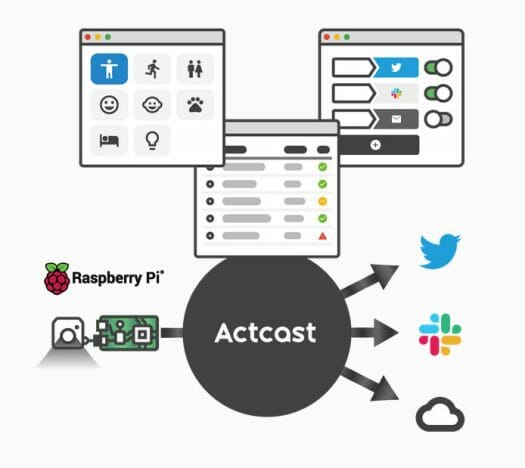 The use of physical world information in IoT projects has many applications. Such as a doorbell that sees a person, can then recognize the person. Ultimately letting the user know over the web through a smartphone, the person should be let in. And then the system unlocks the door.  So Actcast is a  bit like IFTTT with artificial intelligence / computer vision capabilities.

Bringing the source of data closer to the point of generation, Actcast uses Edge Computing with IoT for faster, more accurate data usage, usually sensors or embedded devices.  This reduces costs dramatically and offers a higher level of security to private and confidential information. For a broader range of information on how to use Actcast with edge computing use the Getting Started documentation. 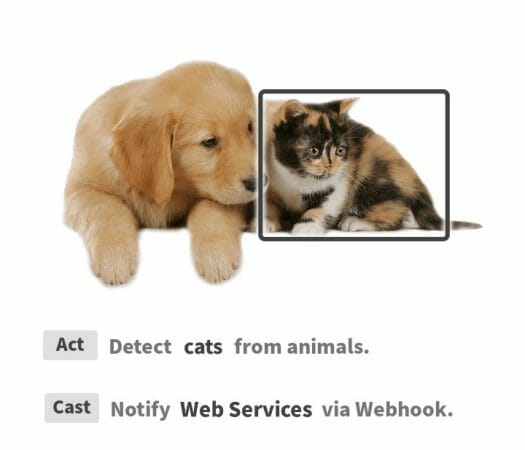 At this time the program is free of charge, for the Beta version, which can be run with the Raspberry Pi, as its edge device.  In the future, the company is hoping to support other edge computing platforms. Idein is recommending use with a wired or wireless network connection for Raspberry Pi, in these configurations Raspberry Pi: 1 Model B / B+, 2 Model B, 3 Model B / B+, Zero W / Zero WH.

The base program runs right-out-of-the-box for Raspberry Pi SBC, for image recognition using a camera module, AC to micro USB adapter with recommended power of 5.1V, 3A. One of the most important recommendations is that the user utilizes a reliable microSD card with 4GB to 32GB capacity. If 64GB or greater, the card requires to be reformatted with FAT32 file system. Note that a shortage of power may cause unexpected malfunctions (lower speed, display flickering, unstable WiFi signal). If  a desktop monitor is being utilized, you can check out for the Undervoltage warning.

The basic features are Acts and Cast, recognize a human face is an Act. A Cast would be in two parts, a Trigger, and an Action, a Human under 5 years of age is a trigger and then an action specified by the user. An action could be broadcast the image to the internet.

Idein is actively seeking partners and backing for Actcast and is hoping to release a final version soon.