AIY Projects is an initiative launched by Google that aims to bring do-it yourself artificial intelligence to the maker community by providing affordable development kits to get started with the technology. The first project was AIY Projects Voice Kit, that basically transformed Raspberry Pi 3 board into a Google Home device by adding the necessary hardware to support Google Assistant SDK, and an enclosure.

The kit includes the following items:

Not that the accessory board features the same Movidius VPU as Intel Neural Compute Stick, which has been used with Raspberry Pi 3, and shown to deliver about 3 times the performance compared to a GPGPU implementation leveraging VideoCore IV GPU.

Back to the kit. You’ll need to add your own Raspberry Pi Zero W, Raspberry Pi camera 2, and blank SD card (at least 4 GB) to complete the kit. Follow the assembly guide, and the final results should look like this: 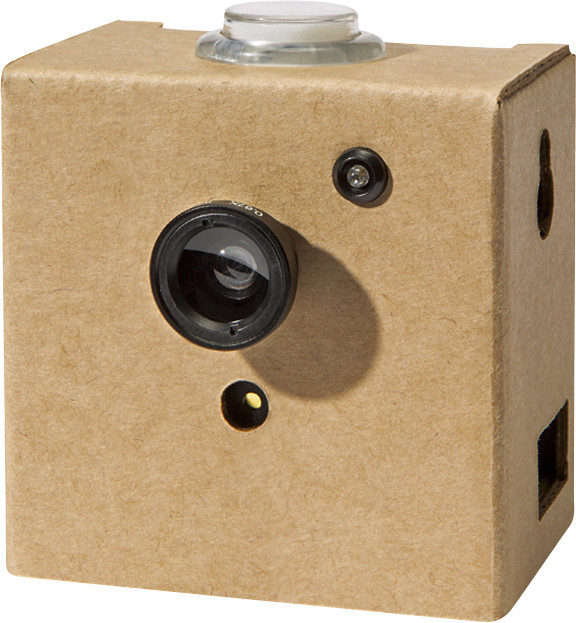 Once this is done flash the Vision Kit SD image (available soon) to your micro SD card, insert it into your Raspberry Pi Zero W, and connect the power. The software image will include three neural network models:

The system will be able to run at speeds of up to 30 fps, providing near real-time performance. TensorFlow code and a compiler will also be included for people wanting to have their own models. A Python API will be provided to customize the RGB button colors, piezo element sounds, and (4x) GPIO pins.

AIY Vision Kit are up for pre-order for $44.99 at Micro Center with shipping planned for earlier December. Just like AIY Voice Kit, we should eventually expect international availability via other websites such as Piromini or Seeed Studio. The complete kit with RPi board and camera, and accessories should cost around $90.