A crowdfunding campaign about a paper plane… This can’t go very far, can it? Apparently, it can, because that’s Shai Goitein’s fourth POWERUP paper plane campaign, and PowerUp 3.0 raised over one million dollars a few years ago.

POWERUP 4.0 is still a smartphone-controlled paper plane but this time it adds a few sensors, an autopilot, flight telemetry, and a night flight mode. More exactly that’s a kit for a paper plane, as you’d have to make your own and attach the kit to it. It’s powerful enough to support planes made of balsa wood, cardboard or foam board. 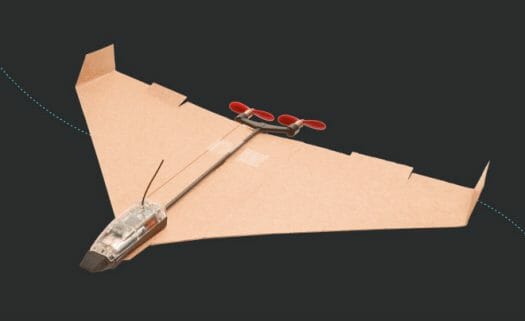 They haven’t released the exact technical details of the kit but here are some of the key features: 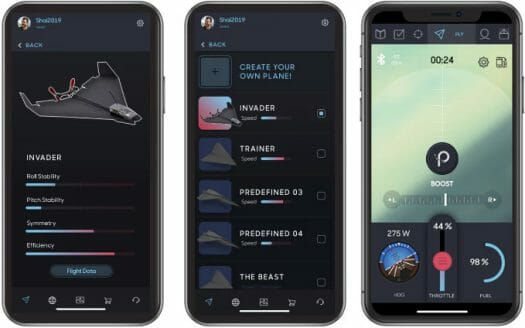 The updated Android and iOS app will also show telemetry information such as heading direction, thrust level and turning angles once the flight is complete. The best is to watch the entertaining video below to really understand what POWERUP 4.0 is capable of.

If you’re interested, the new kit has recently been launched on Kickstarter and close to $900,000 has been raised so far with 25 days to go. Rewards start at $49 for the Barebone kit which includes POWERUP 4.0, 4x paper place templates, a micro USB charging cable, a crossbar, a spare set of propellers, and a user guide. The $59 Standard kit adds a desk stand, 10 additional paper plane templates,  and the $79 Pro kit further adds 2 waterproof paper plane template, a foam DIY kit, wheels, the night flight LED lights, and a connector for balsa wood planes. Those are all early bird prices which will expire in a few hours. Shipping is free to most countries (others require $7 extra), and backers can expect their kit in April 2020.

Thanks to Frank for the tip.