Ugoos AM6 Review - An Android 9.0 TV Box with Plenty of Options
Skip to content

Karl here….With another review. Today we look at the AM6 from Ugoos. Ugoos has been around for quite some time. I recently did a review of the Beelink GT-King with the same S922X processor and I will do some comparisons with that. I have to say with everything except the UI, I like this box much better (You can read my rant in the Beelink article about Android on the TV). The AM6 is built well. It is solid with a metal enclosure and just feels good when you pick it up. I know weight doesn’t really matter but it feels substantial. Like I stated I don’t really like UI but Ugoos ticks quite a few boxes that appeal to my nerdiness. I will go more into that later.

Below are the specs per Ugoos Website. I highlighted the interesting ones. 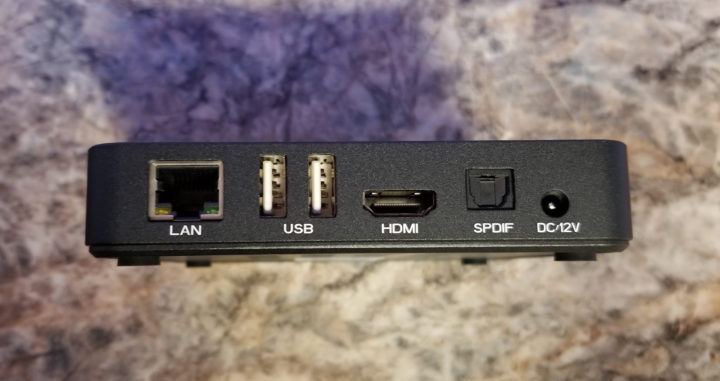 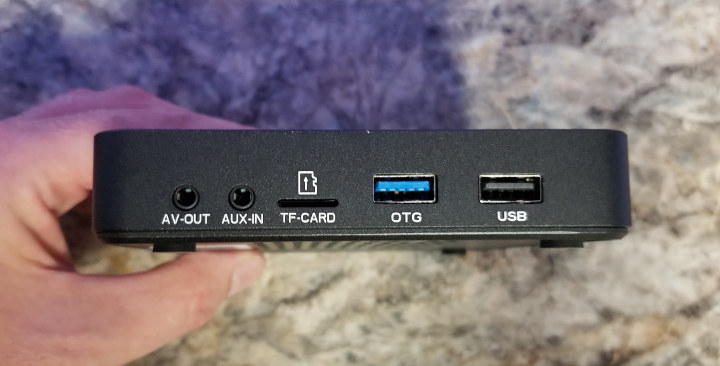 Ugoos Custom Settings Root/Unroot init.d etc I really like this customization. You can see these turned on in quite a few screenshots. 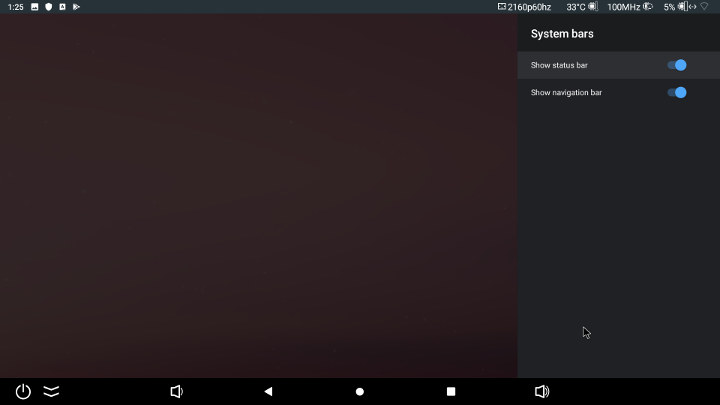 Nerding out with settings for the status & navigation bars. 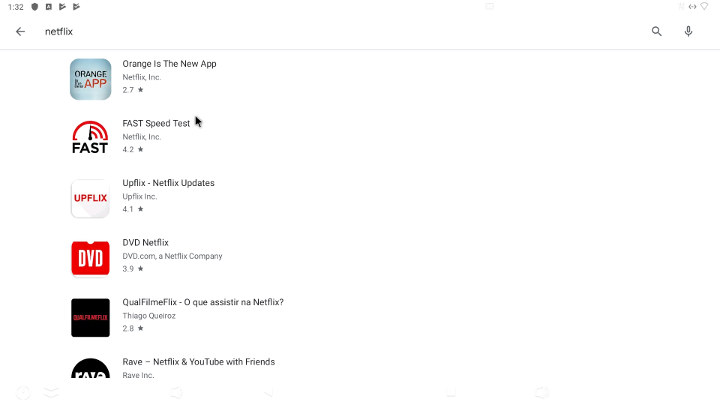 But no Netflix… not even available. 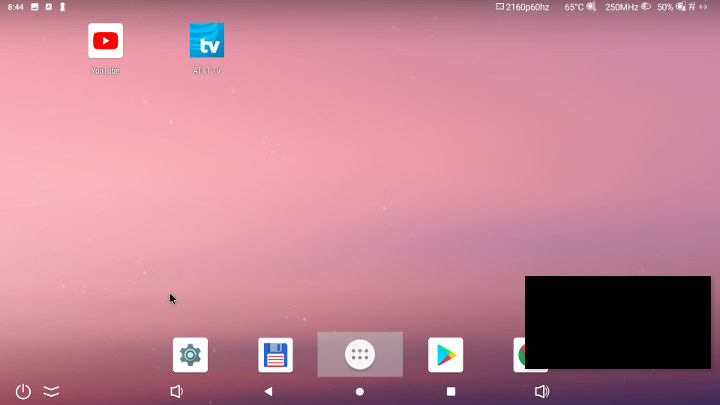 The screenshot above shows a black screen but videos do play in real-life… One advantage of Android… YouTube plays and you can do something else at the same time when you press the home button.

This also shows the launcher that comes with it. Very basic launcher. I like it. 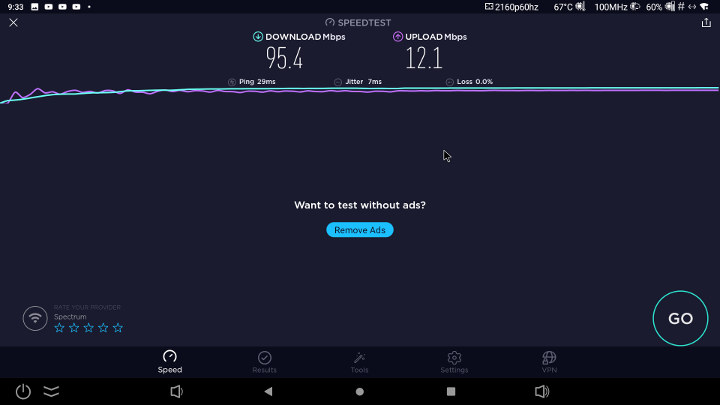 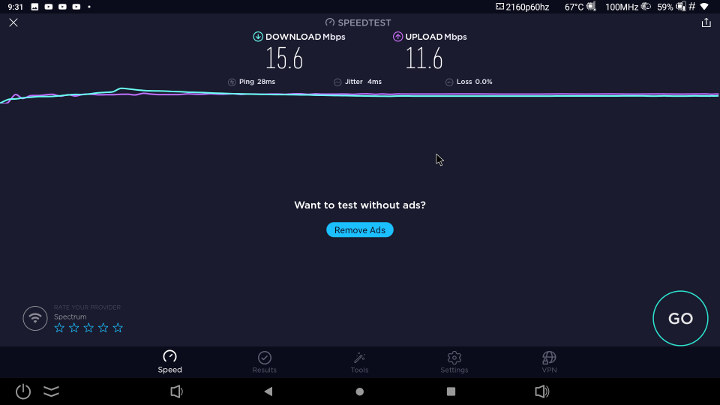 Wireless…I hate to show this. I don’t have very good wifi and can’t really test this. Take with a grain of salt.

I was surprised by the difference in performance between identical processors in these benchmarks. In the past, it seemed like most boxes performed similarly.

As of right now, there is no official Linux for the AM6 but an Armbian image is available here by balbes150. Initial login is root with password 1234. The AM6 would make a very nice server for home use and you could host some home automation software…maybe a whole home ad blocker..maybe a plex server as long as no transcoding is required but that might be pushing it. Tvheadend. The list goes on and on. The fantastic thing is that to make this work all you need to do is burn the image to an SD card for dual boot. Booting from SD/USB is baked into the official firmware. How cool is that? You can backup Android and move to internal storage. I only briefly tested desktop and audio doesn’t work. There is a script that has to run at every boot in order to fix audio as of the time of this writing with version 5.97. I only tested basic functionality. I only wanted to check the booting from SD from factory firmware.

Libreelec is available but it looks like it doesn’t appear to be mature yet. I went straight to the hardest ones. I tried a few 4k vp9 and it locked up and rebooted.

If you would like me to look into Linux and benchmark some more let me know in the comments.

I am really surprised with Kodi and these S922x boxes. Video playback is exceptional compared to back in the day. I had no issues with any video that I threw at it except H.264 60fps which it is specd to decode. Audio passthrough works well after setting up. It did take a little tinkering because of the hardware that I have. My setup is AM6 > TV > Yamaha HTR-5540 over S/PDIF. After about an hour of tinkering, I found that the best solution for me was to go into Kodi settings and only enable AC3 and turn on transcoding. I was able to play any audio format after this. My receiver is capable of decoding DTS but not DTS-HD apparently. In Kodi, they are treated the same so I just disabled DTS and only enable AC3 and relied on transcoding. For me, this works well. All channels appear to work properly with surround-sound goodness. The Plex app is not as good for audio and I could not enable passthrough or else the video would hitch and not play smoothly.

If I had to choose between the Beelink and the AM6 and had to get a box I would definitely go with the Ugoos over the Beelink. I still stand by my opinion that this needs to be Android TV if you want to use it in the living room. You can find the Ugoos AM6 at these retailers Geekbuying Gearbest for about $120. If you have no care to run Linux a better bet might be the Nvidia Shield for a few dollars more. On a side note…Something has to give with Android TV. There are really only 2 options in the US right now for external boxes. A new Shield I have read is on the horizon but that will still only leave 2 options.