There are three LPWAN standards currently dominating the space LoRaWAN, NB-IoT, and Sigfox. In a recent presentation, Olimex explains NB-IoT (aka LTE Cat NB1) offers several advantages over LoRaWAN and Sigfox which include:

The main disadvantage they listed was operator dependence, as you rely on the operator for coverage, and anything related to connectivity. In Bulgaria in particular, they found out it was not easy to get an NB-IoT SIM card activated, and the operator may shut you off without notice. For reference here in Thailand, last time I checked I could not buy a SIM card for evaluation with my own hardware, and instead, I would have had to buy a ~$65 development kit to get an NB-IoT SIM card.

Olimex made this presentation about NB-IoT because they recently developed an NB-IoT devkit based on the Arduino compatible Quectel BC66 module. 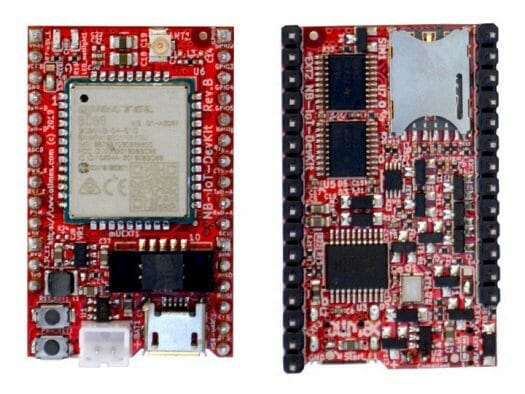 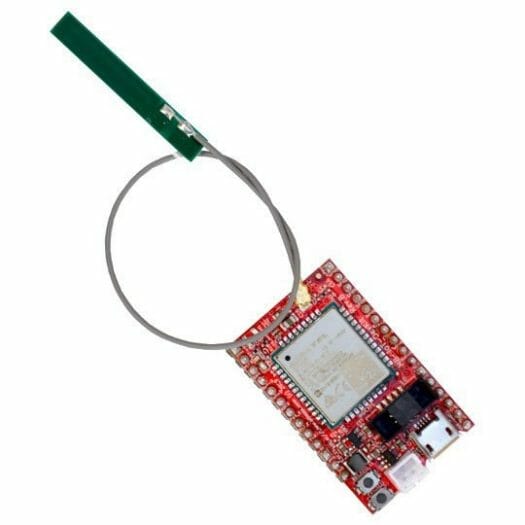 The company will soon upload NB-IoT-devkit schematics in PDF format,  KiCAD hardware design files, as well as Arduino and PlatformIO code samples on their Github account.

Olimex NB-IoT-Devkit is now available for 18 Euros without antenna, but most people will likely buy the 19 Euros kit with the board and one antenna.

At last Fosdem, Tsvetan said you could get a global SIM card for cheap, but I don’t remember from which provider…

It’s easy to get a global SIM card for free or cheap: https://www.cnx-software.com/2017/08/20/checking-out-holograms-developer-sim-card-for-worldwide-iot-projects/

The problem is that it does not work with NB-IoT, at least here in Thailand. Confirmed with others.

nbiot do not support roaming (you must have sim from the operator that have the infrastructure). nbiot also lacks support for handover (you can not maintain connection while moving out of range of cell A and into range of cell B.

in short, NBIoT (LTE NB1) is a mobile standard for stationary objects.

if you want roaming and handover you have to go with LTE Cat m1 (not to be confused with LTE Cat 1) or wait for LTE NB2.

I’m not sure comparing LTE based solutions to LoRa(WAN) is really a like for like comparison. Sure there is cross over but the general use cases seem different. LTE solutions for nodes moving over a wide area that requires an existing wide spread network vs LoRaWAN for nodes that are mostly static in an area that be covered by one or two gateways.

You can also use commercial services from a network provider with LoRa. LoRaWAN 1.1 even supports handover roaming for global coverage.