Digilent has announced two new SBCs that are ultra-high-speed and built to be more modular than its other boards.  The company, which has a great deal of experience in Pmod lower speed FPGA standards has now entered the open-source, SYZYGY high-speed standards with its Eclypse Z7 and the Genesys ZU  development SBCs. 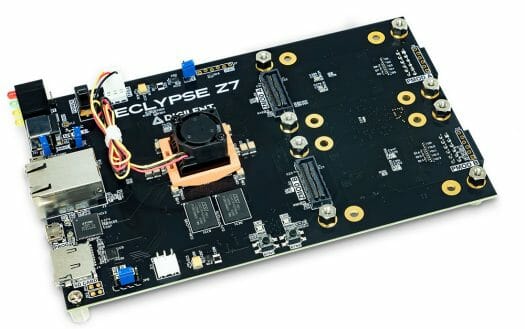 We reported on the Zybo development board FPGA SoC from Digilent and that seems to have lead to the latest format for the Eclypse Z7.

There is also a release planned for the new Zmod modules, built to work with both the Eclypse Z7 and the Genesys ZU  as SYZYGY compliant expansion modules.

The Zmods are Opal Kelly module standard, called SYZYGY, first seen in the Opal Kelly SYZYGY Brain-1 SBC. The standard was developed to jump the gap between Pmod and the more developed VITA 57.1 FMC (FPGA Mezzanine Card) Standard. SYZYGY-compliant modules support higher overall speeds than the Pmod platform, although both the Eclypse Z7 and Genesys ZU support Pmod as well.

Eclypse Z7 supports Linux on Zynq 7020 SoC. The FPGA SoC is designed for streamlining workflow and design flow acceleration. The platform is a Xilinx Zynq-7000 PSoC in an ARM architecture for a Cortex-A9 processor. Expansion is designed through Zmods, through open-source SYZYGY compliant expansion modules. The Digilent Zmod ADC 1410 and the Zmod DAC 1411 are modules designed to work with the Eclypse Z7.

The Eclypse Z7 is designed for prototyping and development of projects in such diverse areas as software-defined radio, ultrasound, medical technology and anything a maker can develop in instrumentation applications. 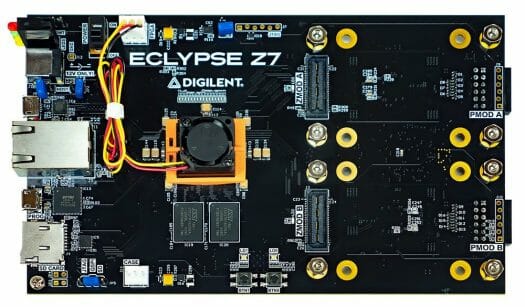 The Genesys ZU is a development SBC designed as a standalone  Zynq Ultrascale+ MPSoC. The intent is to allow the Genesys ZU to provide the ideal entry point for both a cost-effective solution and a powerful multimedia and networking interface. 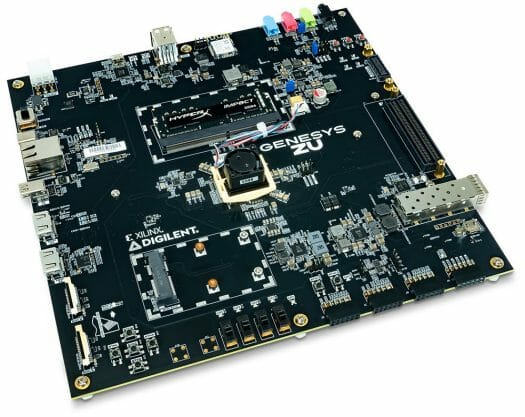 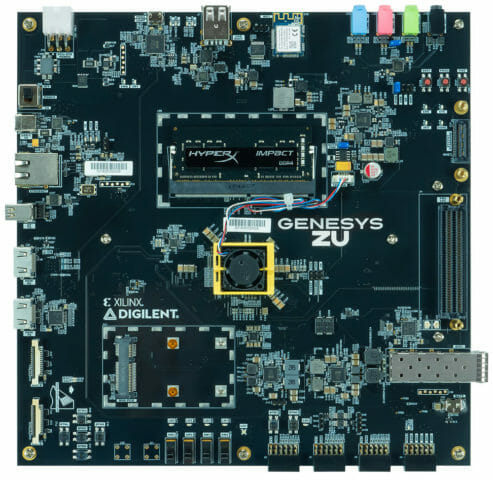 The multiple camera inputs support 4K video. There is 1G/10G Ethernet with a high-memory bandwidth structured in a heavily Linux-based platform. Although there is less information in general on the Genesys ZU there will be two models with the specifications listed below.

The Genesys ZU will be available in two variants with different UltraScale+ MPSoC options and additional features for even more flexibility.

The pricing will be announced sometime in November for the Ecplyse Z7 and in mid-December for the Genesys ZU, along with the new Zmod ADC and DAC modules.

The LinuxGizmos article on the Eclypse Z7 and Genesys ZU also contains information that was used in this article.

The product pages for the Eclypse Z7 and the Genesys ZU development boards can also be helpful in outlining the wide variety of development uses and out of the box ability of each board. The wiki for Eclypse Z7 provides more technical details including the schematics and resources to get started with the board.

If I had a few thousand dollars fun money I’d buy the Genesys just for the size of the board alone.