Raspberry Pi 3 Compute Module was first introduced in 2017 with CM3 and CM3L systems-on-module with or without 4GB eMMC flash for $25 and up before the company launched an update earlier this year with CM3+ modules equipped with a slightly faster processor and up to 32GB eMMC flash for $25 to $40.

If you wanted to evaluate the solution for your project you’d have to spend well over $100 for either the official development kit or third-party solutions such as balenaFin which may not support all features of the modules out of the box. 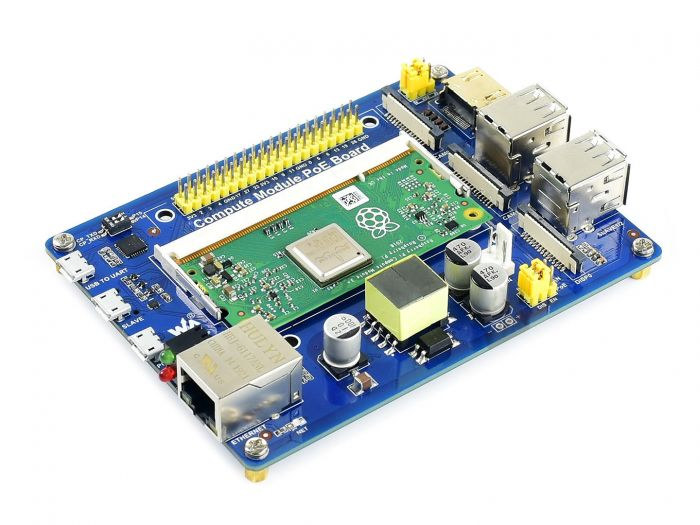 We previously wrote about Waveshare Compute Module IO Board Plus similar to the official devkit and going for $50 without the actual module. The company has now designed a more compact board that also supports Ethernet and PoE out of the box selling for just $37.99 plus shipping on Seeed Studio or Waveshare not including Raspberry Pi CM3/3+ module.

You’ll find more hardware documentation in the Wiki, including the PDF schematics, as well as some software such as the code to control a cooling fan and the DTS file for the camera interfaces, but the board will obviously mostly rely on the Raspberry Pi Foundation software such as Raspbian or other compatible OS images.

I also noticed an enclosure for the board on the Wiki called CM-IO-POE-BOX that is sold for $49.99 with the Compute Module PoE Board, a fan, a power adapter, and assembly tools, but not the module for $49.99 and up on either Aliexpress or Seeed Studio. 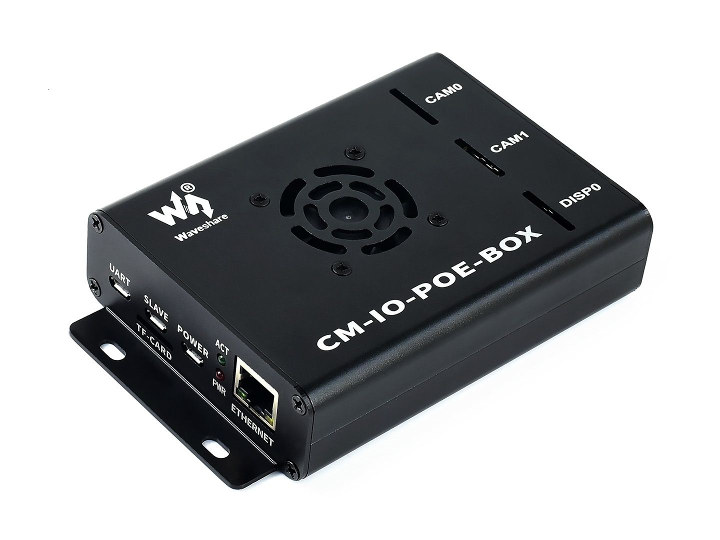 Thanks to Fran for the tip!

Looks great. Just theoretical question: would it be possibe to create board that would also support future RP4 module? (GbE, USB3 etc – that would of course work in reduced 100M, USB2 mode with RP3 module )

What part of it looks good? To me it looks like an expensive way of getting what most other SBCs do. If you need a breakout like this why would you consider the compute module in the first place?