Greenwaves GAP9 will bring machine learning and signal processing capabilities to (coin cell) battery operated or energy harvesting devices such as IoT sensors in consumer and industrial markets, wearables, smart building, smart farming and so on. 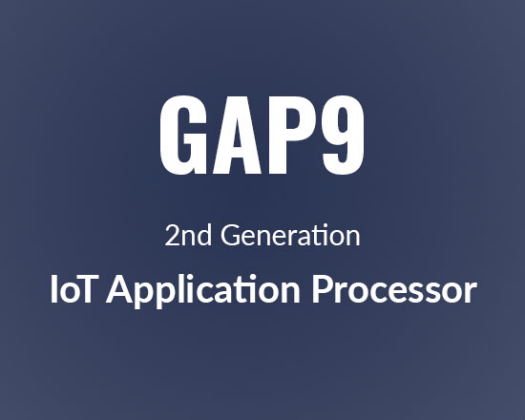 GAP9 is said to combine architectural enhancements with Global Foundries 22nm FDX process to achieve a peak cluster memory bandwidth of 41.6 GB/sec and up to 50 GOPS compute power while consuming only 50mW. The increased memory bandwidth (20x over GAP8) allows for greatly improved detection accuracy while analyzing streams of data from multiple different image sensors, microphones, and/or radar chips.

Security features built into the process include AES128/256 hardware cryptography and a Physically Unclonable Function (PUF) unit for unique and secure per-device identification.

Software development will be made on an enhanced GAP SDK already used for GAP8 that includes GAP AutoTiler automatic code generator for neural network graphs and GAPFlow tools for automating the conversion of neural networks from training packages such as Google TensorFlow. Examples will also be part of the SDK such as an open-source Face Identification implementation. The company did not mention any GAP9 evaluation/development board, but one may certainly expect an update to the GAP8-based GAPuino board pictured above.

GreenWaves has yet to publish a product page for GAP9, as they made the announcement just in time for the RISC-V Summit which took place in San Jose, California on December 10-12.