The Face ID Unlock Technology in a Smartwatch

Kospet, the maker of smartwatches, has developed the Kospet Prime SE, a smartwatch phone with Face Unlock/Face ID technology. The watch is sleek and not overly large or heavy, and come equipped with two cameras for face ID. 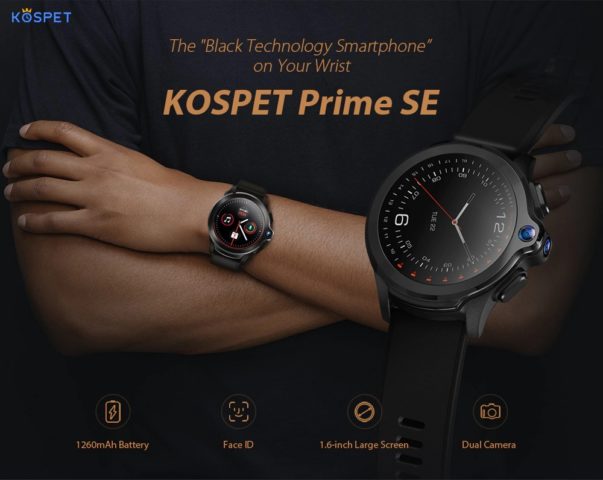 The Kospet Prime runs Android with support for Google apps and documents.  The watch carries a 1.6-inch touch screen face. There is support for a 4G Nano SIM card that allows the watch to make calls based on the owners, (or someone’s) phone number and can sync to smartphones running Apple iOS 9 and later or Android 5.1 or greater.

There are dual cameras for Face ID accuracy, at 2.0 mp + 8.0 mp and also allows video calls at any time. The Face ID / Face Unlock technology is said to the first-ever in a smartwatch.

The battery can charge up to 1,260mAh, and has a normal use time of 72 hours, before needing a charge. The RAM is 1GB and the ROM is 16GB, which is substantial for a small device that carries many features. 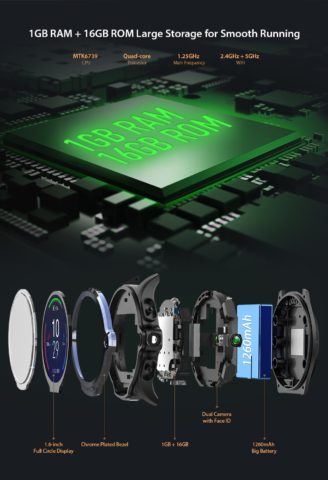 Features in a Nutshell

The Kospet Prime SE is the latest international offering and is at pre-order for $99.99. GearBest also has the Kospet Prime (not SE) listed for $145.99, with 3GB RAM, 32GB flash, and Face ID.

OK, I’ll bite… what use is face unlock on a watch? I do have an authenticator on my Android wear watch, but there’s nothing overly personal or private. Anyone actually use that? On another note: “Runs Andriod 7.1.1 and Supports SIM iOS 9.0” – “Andriod” is a typo and I have no idea what “SIM iOS 9.0” is. Finally, while I’m having a grinchy rant, I’m done with Android wearables: Google has clearly given up and without a silicon partner they have no hope. Since I’m outside the Apple walled garden it’ll be Samsung for me. Might even take up… Read more »

While the watch looks quite okay (judging by the picture)…I definitely wouldn’t want: • Android on a smart watch • an old Nougat Android (even on a device that isn’t a smart watch) • Face unlock, even less so on an OS like Android that isn’t fully under my control • doing video calls with a watch And if I shell out anywhere near the list price of 146$, I’d want the watch to have NFC. Aside from that, it’s a pity that there are so few smart watches out there where the user has full control of the OS… Read more »