But so far, I had not really paid attention to Comet Lake mini PCs. There have been a few announcements at CES 2020 with Asus “Mini PC PN62“, ECS Liva Z3 Plus,  ZOTAC MI662 nano and a few others all based on Intel Comet Lake-U processors. 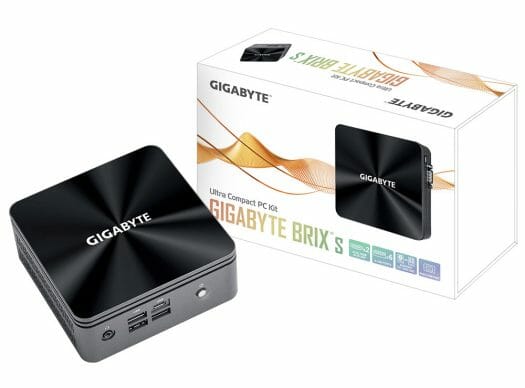 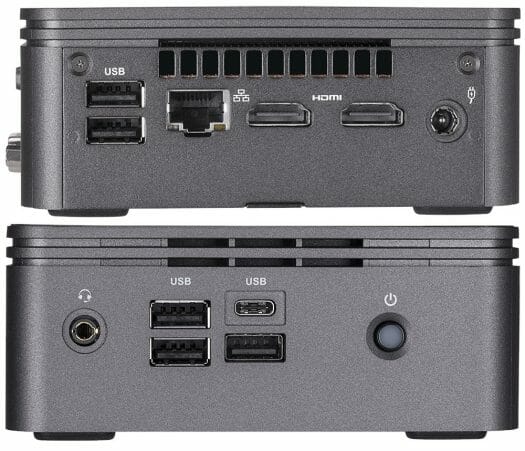 There’s no word about availability and pricing, which should not be surprising as most Comet Lake mini PC’s are not for sale just yet. The only exceptions are Intel NUC 10 Mini PCs such as Intel NUC10i5FNHJA desktop computer that goes for close to $800 with a Core i5-10210U processor, 8GB RAM, 16 Optabe SSD, and 1TB hard drive, as well as Intel BXNUC10i7FNK Core i7-10710U 6-Core NUC Mini PC selling for $650 barebone.

More details can be found in BRIX product page with the four models covered here being the first four out of the 42 models listed.

Don’t really like the port layout. A better option would be to move 2 of the front USB ports and the RS232 to the back. Even if they have to eliminate the 2nd HDMI or make the case bigger to do it. In the use cases that come to my mind, extra USBs on the back would be a lot more useful than the 2nd HDMI. Otherwise, “permanent” USB cables will have to be routed around to the front. This leaves something to be desired in terms of esthetics, usability/convenience and space efficiency. Temporary connections up front are OK but… Read more »

These days No M.2 MVMe = DOA. The performance bottleneck is the storage. Say it out loud.