Last week, we wrote about XCY X41 mini PC featuring a 10th generation Intel Core i7-10510U Comet Lake processor and cooled with an internal fan. We also pointed out there were other Comet Lake mini PCs on Aliexpress without looking into details yet.

It was brought to our attention that Eglobal had a white-brand fanless Comet Lake mini PC equipped with the same Intel Core i7-10510U quad-core processor or a more powerful Core i7-10710U hexa-core processor. 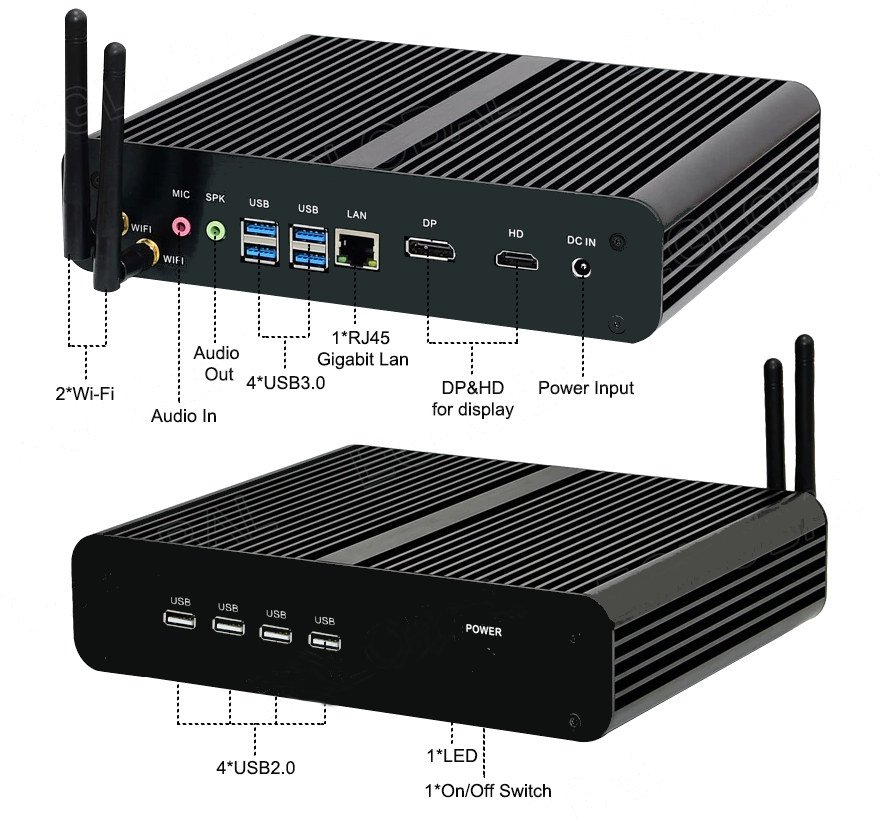 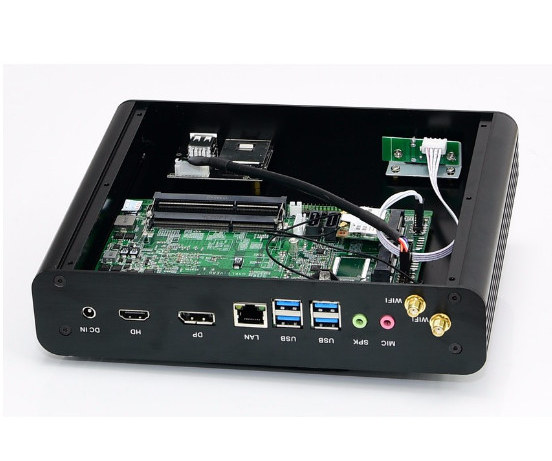 That’s a bit strange not to include WiFi 5 (802.11ac) in this type of mini PC, so maybe there’s an error in the specifications. Also note that some of the photos (like the one just above and below) show one USB port, one MicroSD, and one power button on the front panel instead of four USB ports and a power button.

The company claims the computer support both Windows 10 and Linux distributions. Besides a power adapter and the two antennas, the mini desktop PC also ships with a vertical stand. VESA mounting is also possible, but as I understand it the bracket is not included.

The interesting thing I’ve noticed with all these Chinese computers on AliExpress of similar caliber that most (not all, but most) of them come with a pretty old wireless stack. No AC Wi-Fi or Bluetooth 5 here. What’s the trick? They aren’t necessarily cheap either. At least compared to Western offers in product categories of my interest. The NUC7PJYH (the Intel NUC model with the Pentium J5005 processor) is 155 euros including tax. Compete with this, Chinese. I mean not only in the CPU department, but with all the connectivity it has: 6 USB ports, 2 HDMI 2.0 ports, Bluetooth… Read more »

Now one with good connectivity 🙂