We’ve been writing about Zigbee more in recent months with either product announcements such as Sonoff ZBBridge WiFi to Zigbee gateway, and open-source software updates such as Tasmota support for Zigbee connectivity. 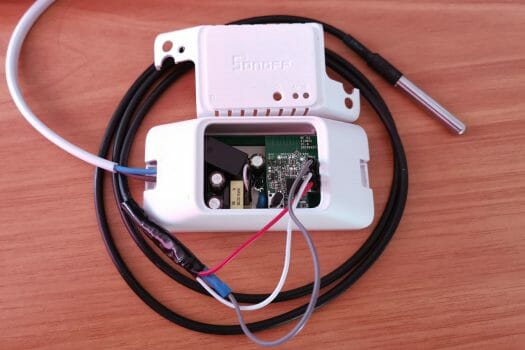 This is significant as Sonoff BASICZBR3 is only shipped with TI Z-Stack Home 1.2 Zigbee router firmware and I was told no one else had ported TI Z-Stack 3.0 Zigbee to CC2530 chip so far.

ptvo Zigbee Configurable Firmware is a GUI tool for creating your own alternative/modified Zigbee switch and router firmware based on Texas Instruments Z-Stack Home 1.2 stack for Texas Instruments CC253x (CC2530 or CC2531) based-modules and devices. 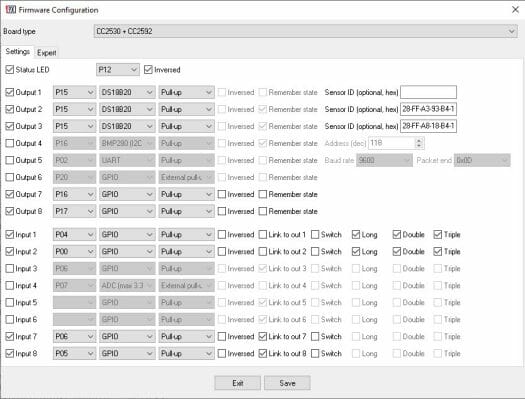 Some of the configurable options include:

The developers have now released ptvo 2.4 which now supports various types of IOs besides GPIOs, including analog inputs, UART, external (i2C) sensors, and more. Check out that post for the full list of features.

Not however sure if it is electrically safe to connect external sensors to Sonoff BASICZBR3 (CC2530 Zigbee version) like kirovilya done as at least the WiFi version of Sonoff Basic (with ESP8266) are infamously known not to have electrical isolation and pass live AC-voltage on some GPIO pins when plugged into mains power.

ptvo Zigbee Configurable Firmware should support all these environmental sensors when connected to CC2530 or CC2531 module:

FYI, ITead do sell Sonoff branded for Sonoff TH10 and Sonoff TH16 which are nicley packaged:

Pvto firmware support most of it. And much more with uart support.

Note that current Pvto firmware is closed source and only supports Z-Stack Home 1.2 with ZHA 1.2 support.

Any suggestions on where to start to learn about ZigBee? Assume basic radio, electronics, and computer knowledge.

I know that Texas Instruments development kits are recommended because their newer Zigbee 3.0 series (CC26X2 and CC1352) are relatively inexpensive to get started with, their development tools for the newer Z-Stack 3.0 are free to download and use, and Texas Instruments provide a lot of public documentation. So you could buy either their “C2652R dev board hardware” (LAUNCHXL-CC26X2R1) or “CC1352P-2 dev board hardware” (LAUNCHXL-CC1352P). Silicon Labs also seem to have great documentation, beginners videos and guides. plus a good community forum so might be easier to get started for beginners. The downside with Silicon Labs is that you need… Read more »

Thank you @Andreas. I was actually looking for a simple education on how it works. It looks like the SiLabs may provide that.

FYI, ptvo now posted a blog on how to use his configurable ZHA 1.2 firmware with Sonoff BasicZBR3 with an external sensor

Sonoff BasicZBR3 will continue work as a ZHA 1.2 router with ptvo configurable firmware as well.

can you make for us a youtube full video how to make this and what programmer i need to buy.
newbie here