There’s a lot of hype around AV1 royalty-free video codec since it has backing from large companies, better characteristics than H.265 or VP9, and is already used by YouTube and Netflix. AV1 hardware decoders are also found in new processors like Amlogic S905X4 or Mediatek Dimensity 1000+. 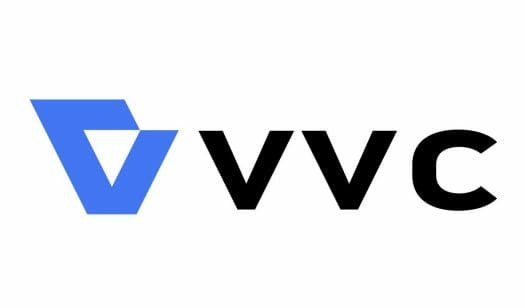 H.266 standard offers improved compression, which reduces data requirements by around 50% compared to the previous H.265/HEVC standard at the same visual quality. In practical terms, a 10GB H.265 video now only needs 5GB with H.266 video codec saving both storage and bandwidth.

The standard can be used to transmit and store commonly used video resolutions from SD to HD up to 4K and 8K and also supports HDR (high dynamic range) and omnidirectional 360° videos. It should be noted that H.266/VVC was optimized for 4K or 8K videos, so lower resolutions may not benefit as much from the increased compression ratio.

Versatile Video Coding standard is registered as ITU-T Recommendation H.266 | ISO/IEC 23090-3. You can find documents and a VCC reference software on the Fraunhofer website, as well as the standard itself (still shown as draft version).

Contrary to AV1, it won’t be royalty-free, and instead, a “uniform and transparent licensing model based on the FRAND principle (i.e., fair, reasonable, and non-discriminatory) is planned to be established for the use of standard-essential patents related to H.266/VVC”. Fraunhofer HHI expects to publish the first H.266/VCC encore and decoder software this fall, and new chips with hardware support are currently being developed. That means adoption is still probably a couple of years away.

Whether companies will switch to H.266 instead of AV1, or possibly just use both, will depend on cost-savings brought about by the new standard in terms of storage and bandwidth costs, and adoption of either standard in hardware devices like mobile phones and cameras.

haven’t been so excited since release of firewire 800.

Not sure this new standard will be adopted. H.264 is 20 Years old and is still “the” defacto standard in the industry. H.265 hasn’t been that successfull either. As for the declaration that H.266 will save 50% compared to H.265, this cannot be declared that easilly since it all depends on the feature set implemented in the respective encoders.
Also with fiber coming allong, bandwidth will increase and we will not need further bandwidth saving. I am very skeptical about the adoption of this standard.

This is going to end up in a train wreck over royalties like h.265. All of these “standards” are crammed with every single piece of patented technology the participants can come up with. Why use a free solution when you can use a patented one!? And that’s how we ended up with over 3,000 patents on h.264 probably 5,000 on h.265 and who knows — maybe can they hit 10,000 on h.266?   Same thing happens with cell “standards”. If there is a choice between free and patented — patented always wins.   You know something is wrong when the… Read more »

H.264 demonstrated that they won’t use offensive force towards ordinary users. Rpi 1 could play 1920p high profile h264 just fine for a ridiculous price. I guess even the $5 rpi 0 could play h264 if you soldered hdmi. Some chinese rpi clones also priced at $10. H.264 is probably the best thing since sliced bread. Before we had terrible low quality video and tons of complex codecs like divx, real video, flash, sorenson, h263, windows media video.

How about this for a better solution? Everyone with a patent applying to h.xxx type standards names a sale price for their applicable technology patents. The FCC then collects the patented pieces (and free pieces) into a h.267 type standard. The fees from spectrum auctions are then used to buy the patents for the selected technology. After acquiring the patents, the FCC places them into the public domain. At this point the standard is free for all to use. It also becomes the FCC standard for broadcast television.   Apply this same model to 5G.   Extend the model to… Read more »

Not sure I would want any standard your govt has any involvmemt with after the recent games they are playing.

Given the fact, that Fraunhofer Institute is in Germany, why exactly FCC should get involved, though?

The FCC controls the standard that will be used for broadcast 8K TV in the US. So that implies that it controls the codecs inside all TVs destined to be sold in the US. I would encourage the US FCC to work with its EU counterparts to ensure a consistent encoding scheme around the world. Note that these TVs also have apps for Netflix, Youtube, etc so those will all make use of the codec built into the TV.

Fraunhofer is free to make any codec they want, but it doesn’t mean anyone will use it.

As long as AV1 does what it purports to then something that is free will often become an industry standard unless a paid for competitor can really show significant benefits, which I somehow doubt will happen.

With new SOC’s such as the S905X4 already supporting AV1 as it will take a couple of years for VVC to even stand a chance, the game may already be over by then,

éContrary to AV1, it won’t be royalty-free, and instead, a “uniform and transparent licensing model based on the FRAND principle (i.e., fair, reasonable, and non-discriminatory) is planned to be established for the use of standard-essential patents related to H.266/VVC”

Incompatible for VideoLAN and free software.

I find it hard to believe they decreased the bitrate by 50% in comparison to h.265 with no degradation..

Any idea when SoCs that support it (or 8k officially) will appear?