As one should have expected based on the abstract of the upcoming Kodi presentation at FOSDEM 2019, Kodi 18 “Leia” has just been released a few days before the 2-day open source developer event.

It’s been nearly two years since the release of Kodi 17 “Krypton”, and it took a little longer than initially expected for Kodi 18 to become stable enough for an official since there have been so many changes including half a million lines of code added by 36 open source developers, close to 10,000 commits for almost 9,000 changed files. 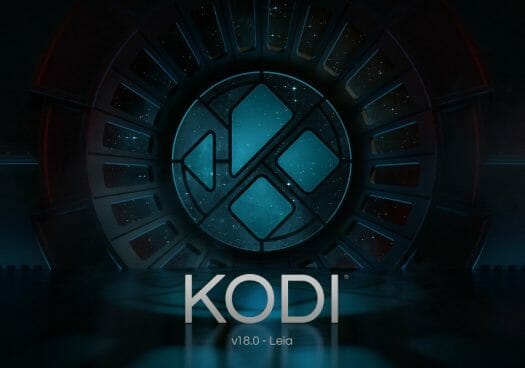 Some of the improvements in Kodi 18 include:

You’ll get the detailed list of modifications made to Kodi 18 in the changelog.

You can download or/and install the latest version via the Download page. I could install Kodi 18 in Ubuntu 18.04 easily with a few commands in a terminal window:

Now let’s see what features add-ons like Seren (or the dormant PseudoTV Live) and JeOSes like LibreElec, CoreElec and AlexElec add. I expect quick development.

Congratulations to all of the Kodi community for making this milestone. Well done!

I wonder what they are using for the main weather addon now that the venerable Yahoo Weather API has been turned off (RIP January 2019, same as the demise of Weather Underground which may have been the Yahoo feed).

I basically got the update a day before reading this article on my Android TV box. I was on the beta before. I am a little glad I made the switch to 18 Beta by accident before.

Apps are appearing in Android that are eating into the Kodi market, by not being a all features product but a specialist in one sector.

The version 18 I’m running on Android TV is garbage. Need to downgrade till it can at least play videos w/o hanging.

Sometimes power cycle from remote gets Kodi’s attention but a couple of times, had to pull the physical power.

I recommend going for beta in Play Store. I installed 18 RC1 yesterday and it seems to be a little better (compared to 18). I also had some issues, but they only appeared after updating to 18 RC2 or RC3. Kodi 18 RC1 was quite stable.