Manufacturers always attempt to lower the BoM costs of their products to increase sales and boost profits. Most do it in an honest way, but some are either incompetent or deceptive as we’ve recently seen in an IR thermometer was the infrared unit was not connected to the mainboard.

I’ve just been informed about another trick that’s been going on for a while. Some ultra-cheap fitness trackers come with fake heart rate sensors that are simply replaced by two LED’s to simulate the real thing. 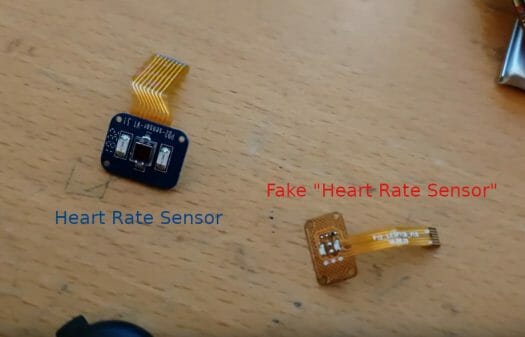 The trick was discovered last year by Aaron Christophel who purchased several fitness trackers believe to be based on Nordic Semi nRF52832 in order to as he wanted to use Arduino firmware with those. He managed to do so in several with IWOWNFIT I6HRC tracker being the best suited for the tasks. 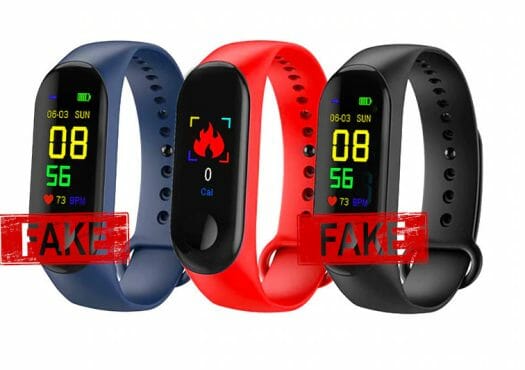 But he also found some bad apples in the lot with several trackers using a “heart rate sensor” board with two LED’s only, and no heart rate sensor at all. Many of those fitness trackers cost around $5 and rely on Telic TLSR8266 (unrelated to ESP8266) Bluetooth LE SoC. Aaron found a “Super SDK” for TLSR8266 that is supposed to be programmed via an SWD interface but could not find any programming adapter.

Aaron also made some very interesting videos about the CH552:

I say beware of heart rate sensors full stop as they can give a false sense of well being or the opposite, make somebody think that they are going to drop dead any minute.

can I share this site with whatsapp, how do I do it?

Hi,
Does anyone know if the Wear L8 has a fake heart rate device?

A teardown would make that clear but I can’t find any.
But based on the price, I’d say it’s unlikely it’s fake. If it shows zero when you hold the watch, but don’t wear around your wrist, then it’s a good sign there’s a proper heart rate sensor.

I also bought fitness tracker about year ago, it was same… seller refunded me money
https://www.youtube.com/watch?v=zDcAJ59MCJg