A few years ago, we covered plenty of cheap Miracast adapters that plugged into your TV and used to mirror your Android or iOS smartphone display to a larger TV screen. It’s also possible to use Miracast on computers with WiFi, and since many TVs implement Miracast, extra hardware is often not needed. 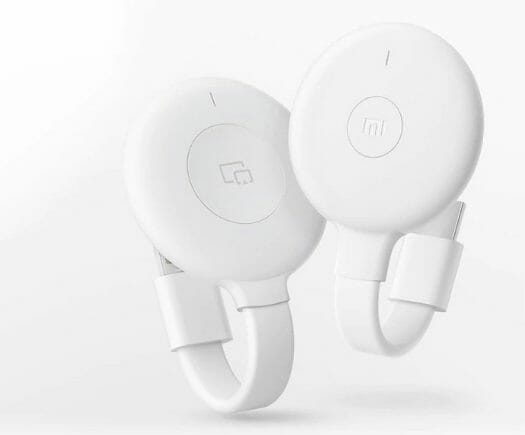 Both the receiver and transmitter have similar dimensions (149.6 x 61 x 12.5 mm vs 152 x 60 x 11.9 mm) and weigh 38.5 grams in a form factor similar to Google Chromecast. The company says Windows 7 to 10 and Mac OS 10.10+ operating systems are supported, and it’s unclear whether that’s also the case for Linux distributions such as Ubuntu or Debian. There’s no need for a  router since the connection is direct between the receiver and transmitter.

The kit also ships with a user manual and a USB cable that is used to provide power to the receiver. The maximum resolution is 1920×1080 and the range is said to up to 10 meters. There’s no word about latency, but if you plan on playing fast-pacing games, it’s probably better to use an actual HDMI cable. This type of solution normally relies on video compression, so the image may not be as sharp. 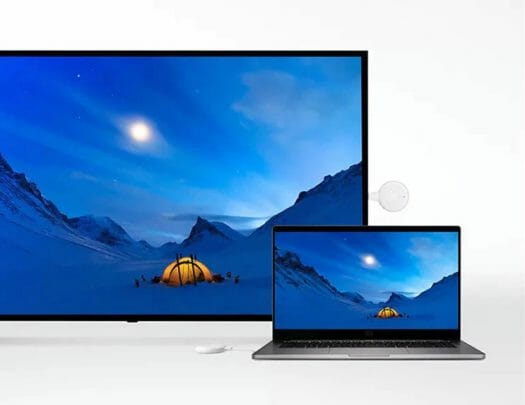 But if you’d like to give it a try Xiaomi Mijia Paipai wireless HDMI system sells for $54 including shipping on Aliexpress, and 299 RMB in China. (about $44.5 US)

I think it’s really hard to send 10Gbps (or 18Gbps for 4K HDMI 2.0 cases) data on the air interface with those little objects. Probably the data will be compressed at transmitter level (lowering resolution, frame rate, compressing frames using CPU, etc) causing the video quality will not be so good on the monitor side.

It may well be that they use Ultra Wide Band (UWB) for this. Still there will probably be some form of compression. There are already other devices on the market (e.g. from Marmitek) that provide similar functionality (google for “wireless HDMI”) but not at this form factor. What I fail to see is what the added value of this is compared to e.g. a chromecast dongle. Then again I’m wondering if this can be used for the reverse: access the HDMI output of a TV or settop box on a PC (and e.g. create a remote display or even a… Read more »

Any chance CNXSOFT could receive some to test?

How does this compare to Microsoft’s latest “4K Wireless Display Adapter” for $70? That also uses Miracast I believe.