Minisforum TL50 is a mini PC based on Intel Core i5-1135G7 Tiger Lake quad-core/octa-thread processor that ships with 12GB RAM, and optional 256GB and 512GB SSD preloaded with Windows 10 Pro.

The mini PC also features two 2.5 Gbps Gigabit Ethernet ports, two 2.5-inch SATA drives, one M.2 slot for NVMe SSD,  and supports 8K and 4K monitor setups through HDMI, DisplayPort, and USB-C video outputs. It was announced a few months ago, but it’s now available for sale for $699.99 and more on Banggood depending on storage options. 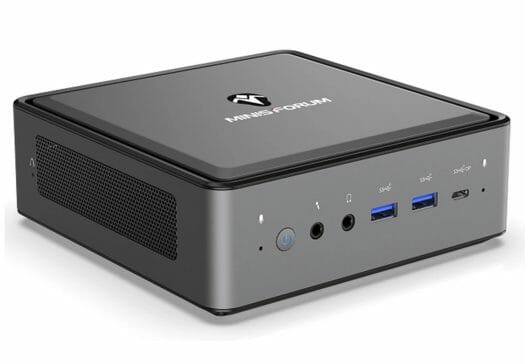 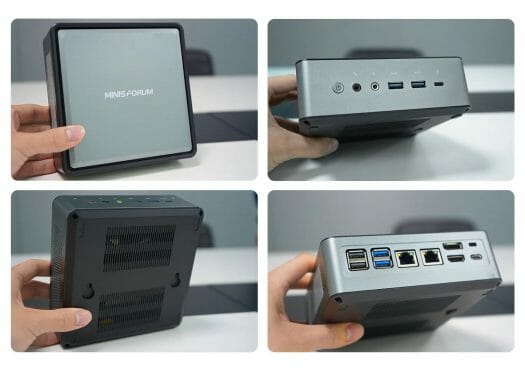 The mini PC is said to come with Windows 10 Pro, although I’m not sure how that works with the version without SSD. I doubt the company includes a license key for you to install Windows on your own. The model without storage may be especially interesting to people wanting to install Linux distributions like Ubuntu. Linux was very quickly tested by TechTablets on an early sample (See video below), but somehow WiFi and Bluetooth did not work due to a driver issue. We would be able to test Linux in much more detail on CNX Software, but MINISFORUM has no interest in sending us mini PC samples for review.

The mini PC can support two SATA drivers on top of the NVMe SSD, but everything is quite packed as shown in the exploded view below, so cooling for the drives might become an issue, as the fan is placed on top to cool the processor. 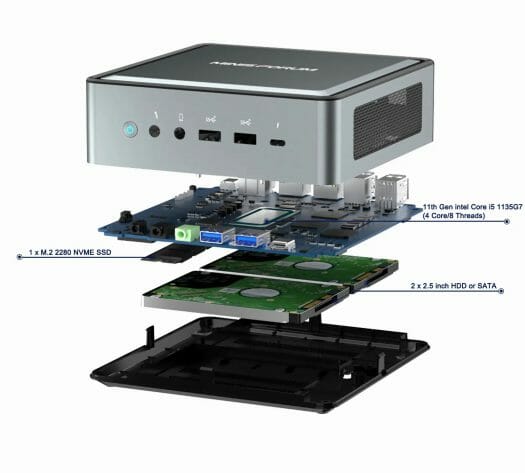 I was thinking “nice setup”, but at this price… they can!

Certainly the price and the soldered RAM 🙁

vs a Intel NUC kit based on the same CPU selling cheaper locally with 2 so-DIMM slots up to 64GB.

Ofc, when you see the name MiniForum => nothing inexpensive. I usually pay less attention when this name is mentioned.