Beyond Intel and AMD, there are other x86 processors in the wild from DM&P and Zhaoxin. We’ve written about the latter in a QNAP NAS earlier this year, but now it turns out there’s also a Zhaxin-based mini PC with Beelink LZX based on a Zhaoxin KX-6640MA quad-core x86 processor that showed up on Shopee Indonesia for 3.86 million Indonesian Rupiahs, or about $270 US.

The computer comes with 8GB RAM by default but supports up to 64GB, as well as dual M.2 NVMe and SATA III storage,  two 4Kp60 capable HDMI ports, dual Gigabit Ethernet, and more. 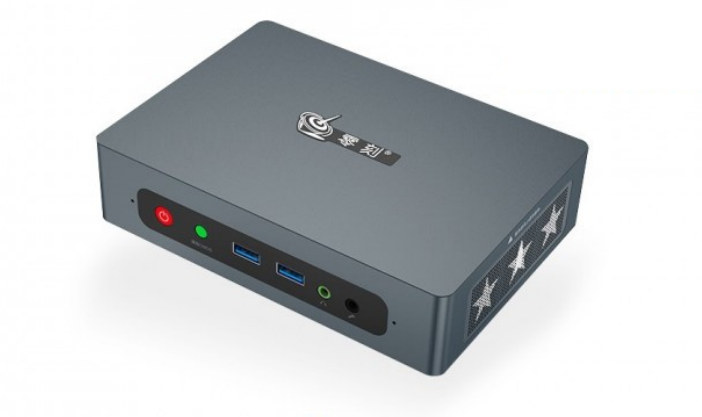 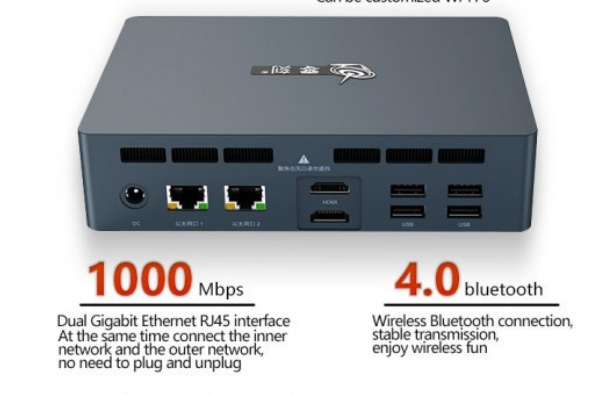 Not bad specs for the price, but it might not be the most efficient nor the most powerful around. The Beelink LZX mini PC ships with a power adapter, two HDMI cables, an FPC cable for storage installation, a wall-mount bracket, plus a user manual.

The mini PC comes with Windows 10 operating system, but it also supports the Unity Operating System (UOS) and Kylin both of which are Linux distributions for the Chinese market. 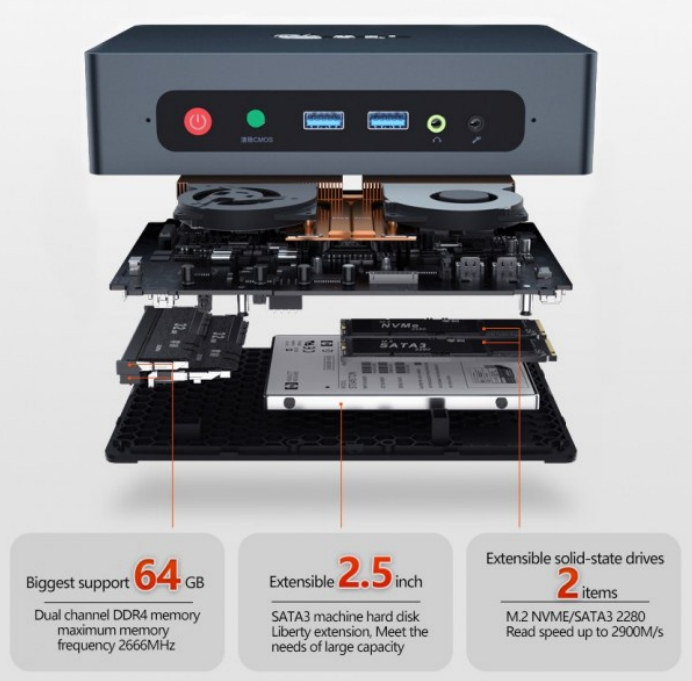 The less good news is that when I asked Beelink for a sample, they said it was for the Chinese market, and they had stopped production due to a lack of supply for the CPU (it’s 2021 after all). So that’s a mini PC most will never have a chance to check out at least outside of China, and maybe Indonesia and Malaysia.

If you’re so inclined there’s also a video about Beelink LZX on YouTube, but entirely in Chinese, where you’ll see the mini PC in action together with some benchmarks.

If you’d really like to check out a platform based on Zhaoxin KX-6640MA processor, there’s another model by “Wedigital” that is  listed for $260 on Newegg.

I had a KX6640 device on load for 2 weeks. I didnt really use it because the CPU performance for my use case was horrific. A little lower than a dual core Atom J4005 in multithread and 40% slower the said Atom in single thread performance.

I did get emailed a Windows 10 driver zip though. I just looked in the driver zip and it includes 2 GPU drivers. One driver appears to be for a PowerVR SG545 and the Other is for a VIA S3 Unichrome device

Benchmarks for the KX6640 device are freely available on the internet.

Can you point me to some for StrongSwan tunnel and endpoint processing?

Zhaoxin claim that its fabbed by TMSC on the 16nm FinFET node but Im sceptical about that because the power consumption is so high. Power and performance are more in line with SMIC’s 35nm node and Zhaoxin themselves are talking about a 70W peak power for the CPU at 2.7GHz. The J4005 box (2 x 4GB DDR4, SATA SSD, no fans) drew a maximum of 23 watts from the mains supply. The KX6640 box (2 x 8GB DDR4, SATA SSD, CPU Fan) maxed out at 108 watts again measured at the mains supply. Also a big difference is idle power;… Read more »

Oh ! a laptop too

Noticed this industrial motherboard too

i know im late to the party, but i should be Rupiah.
lols.

🙂 I tried to use my memory again, and it failed…