The company is now showcasing the product at the Hong Kong Electronics Fair, and promoting their next generation TV stick based on the same design, but instead powered by Intel Celeron N4000 or N4100 Gemini Lake processor. 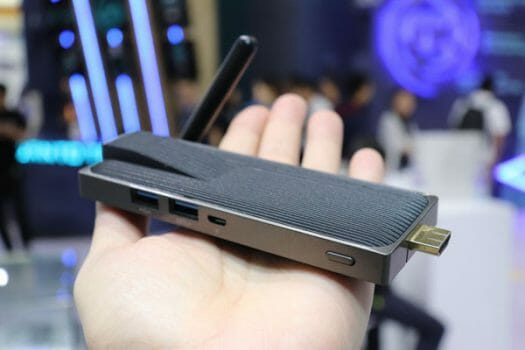 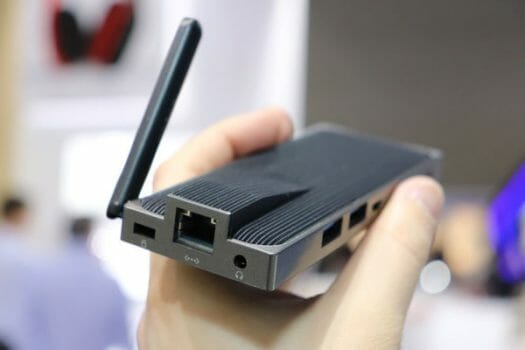 Apart from the new processor, all ports are the same, and the stick adds 4K @ 60 Hz video output and playback since it is built into the Gemini Lake processor. Supported operating systems include Windows 10 and Linux, but the latter will only likely be available for custom orders in quantity, or if you install it yourself.

Notebook Italia is at the event in Hong Kong, and went to visit MeLE’s booth to check out their Apollo Lake and Gemini Lake TV sticks, where they also show a slightly different enclosure design (PCHD27) for OEMs.

The new MeLE PCG02 GML TV stick should start selling in June, and the good news is the price should be the same as the Apollo Lake version: $179.99 to $199.99. I’d assume this price will be for the version with Celeron N4100 and 4GB RAM, since it is supposed to replace PCG02 Apo (N3450 quad core + 4GB RAM), which suffers from cooling problems according to Notebook Italia article.

It is not very big but i is darn expensive! Mele are bad on prices

Companies need to stop doing this with Windows 10 devices. Its an absolute pain to do practically anything with, and updating it? Forget about it!