TPCast-VR, aka “Raspberry Pi 3 mini”, is a compact board based on Broadcom BCM2837 quad-core Cortex-A53 processor, and that should come as part of Element14’s Raspberry Pi customization program, just like the custom Raspberry Pi 3 SBC with eMMC flash designed for laundry gateways that I noticed a few months ago.

The board was initially integrated into the power box of the TPCAST Wireless Adaptor for HTC Vive and Oculus Rift virtual reality headsets, but eventually found its way into other applications notably FPV drones, and it’s now sold separately, as we’ll see further below.

I found about the board via a tweet from Will Whang who purchased it for under $20 at the beginning of the year, and discovered the connection with the TPCast wireless adapter. 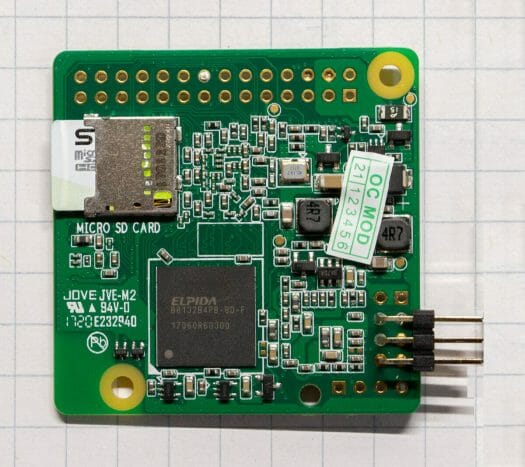 It’s nice to get a small board with Broadcom BCM2837 SoC, but applications for it will be limited due to the lack of interfaces and built-in wireless connectivity.  But still, if you need the camera, USB interfaces, and I/Os in a compact form factor it could be interesting.

The FPV crowd noticed the board, and people have been using “Raspberry Pi 3 mini” with OpenHD open-source platform, as a more powerful alternative to Raspberry Pi Zero.

It used to be only available from China for under $20 (the link is dead), but it can now be purchased for $24.99 on FatBoyFPV, and there’s also a kit with power & USB cables, adapter board, fan, and enclosure on Aliexpress for $55. The photos don’t seem to match, but I got the link from the video above and based on the comments on Aliexpress the kit comes with the TPCast-VR board. 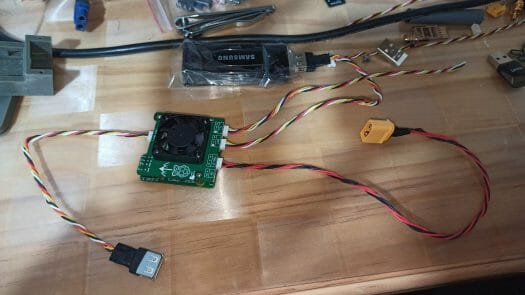 The last option to get the board is to open the “Power Box” of your $250 TPCast wireless adapter and extract the TPCast-VR board from it. 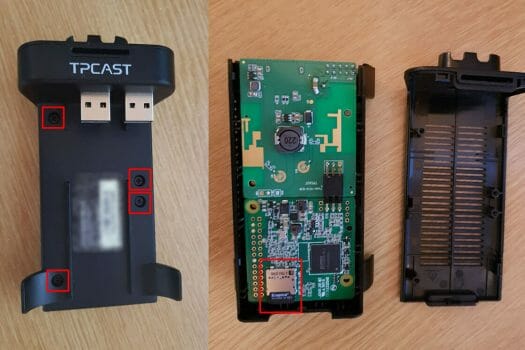 Obviously, it’s not recommended unless you don’t use it anymore, or it’s somehow broken.

why would it be any better now than just designing around CM4?

Well, it certainly will tip back less power, and thus also give off less heat. It is also thinner because you’re not stacking 2 PCBs with a connector between them… of course that won’t be an issue for everyone.
And then, of course, there’s the price. Time and money spent on designing a carrier (or even just buying one) will make it well worth your going with this option, so long as you don’t need HDMI out or the higher clock speeds of the 4.

Nanopi Neo Air is a much better alternative than this. Smaller, more powerful, was cheaper before the pandemic, and not a Raspberry. These days you can find it from $29 which I think overly priced but I think Raspberry guys are trying hard to justify it

the issue for NEO Air to compete this modified RPi3 in terms of its original purpose(wireless video transmission) are: HD H.264 encoding is quite dodgy to utilize(H3 is used to have it but thanks to allwinner’s bad VPU support to linux community in the old days, it’s hard to find how to turn this on) DVP camera interface instead of orthodox CSI limits the camera module choice, esp. when there’s no option for inputing HDMI signal, while CSI has option to do so typical H3’s bad thermal performance slow wifi(that modified RPi3, even RPi0 would rather use an fancier external… Read more »