The second prize of CNX Software’s giveaway week does not come directly from me, but instead, RAKwireless accepted to offer a sample to add to the event: Wisblock Kit 2.

The kit is a LoRa-based GPS tracker that comes with a sensor to detect location change every set time interval, and ships with a solar panel, although you could also offer it with a set of batteries (not included). 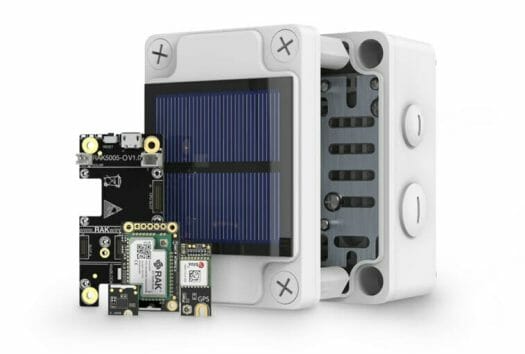 Since I’ve never written about this kit, let’s go through the main building blocks: 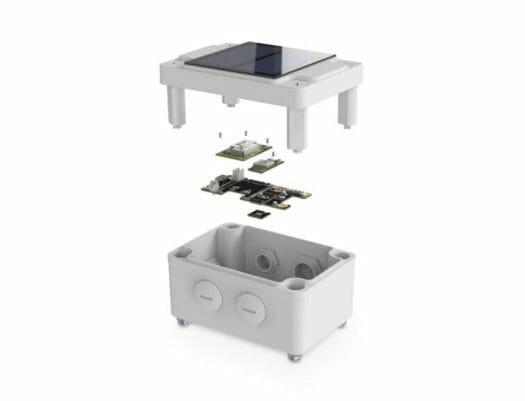 You’ll find documentation on the RAK store where it is sold for $77.28 (also on Aliexpress), as well as an Arduino sketch sample on Github.

To enter the draw simply leave a comment with your country and whatever else you’d like to say. If the country is missing, I’ll consider the entry void. Other rules are as follows:

183 comments. Mr. Random in action… and the winner is #84.
That would be Chida. Conrgatulations! I’ll put you in contact with RAKwireless

Mexico
﻿May the Randomness be with me.

Australia. We have lots of sun to power this kit!

This would be awesome for expanding the range on my robot car project.

Hey,
what is the boxes name? Where can i buy this box — for other projects.

US Thanks for the invite

May the odds be ever in my favor!

Poland. Sorry for the country missing at the first comment.

New Zealand
Been waiting to test a GPS Lora setup

Switzerland,
Looks really interesting, but don’t know what to do with that at the moment.

Spain. Hope to get one!

Can you give an example ? Why we use this device and how we use ? is this a gps tracker device its looking big box in published picture. If device is working what conditions ? Can you describe some detail ?

Hey from France ! This could actually be a great backup positionning system on a boat (mooring alert) plus a LoRa message upload gw (thinking of plenty use cases)

Spain.
Thanks for your info.

Poland
After a long time, I decided to take part. 🙂

Belgium
Looks really interesting to get into LoRa

Poland
Thanks a lot for you great site and news coverage.

Greece
You are an invaluable source of information for all of us.

From Germany with love!

USA
Yet another thing I’d love to play with…

Spain here.
Plenty of sun to take the best of that solar panel!

I definitely would have a good project for this kit. Greetings from Brazil.

USA
I almost bought this directly from RAK, but shipping was high, thx!

Never won before, so may the luck be with me this time 🙂

May the odds be in my favor

United States
May the farce be with you 🙂

Malaysia
Perfect for tracking vehicles up the hill to my guesthouse

Portugal – a lot of sun to power these!

Switzerland
Hope to be a lucky winner!
Best regards to the sponsor.

Poland
Hope to learn how to use this 🙂

France
Thnx so much 😉

The Netherlands
Can it also harvest rain?