Beelink has previously introduced USB docks with the Expand X smartphone dock and Expand M with an SSD. The company’s latest Beelink Expand F USB-C dock looks really like a mini PC from the outside with the usual USB, HDMI, Ethernet, and audio ports, and it can also be fitted with an M.2 2280 SATA SSD and/or a 2.5-inch SATA drive.

It can be useful to add PC-like connectivity to a smartphone or add additional storage to a laptop without cluttering your desk with multiple USB drives, and/or potentially saving some USB ports on the host machine. 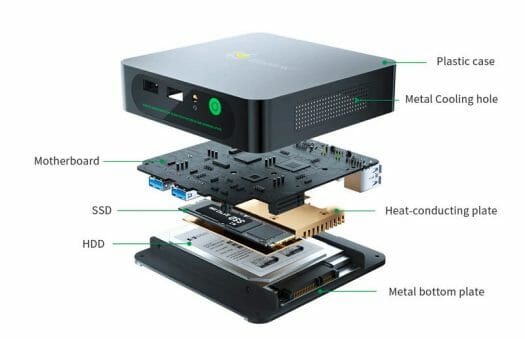 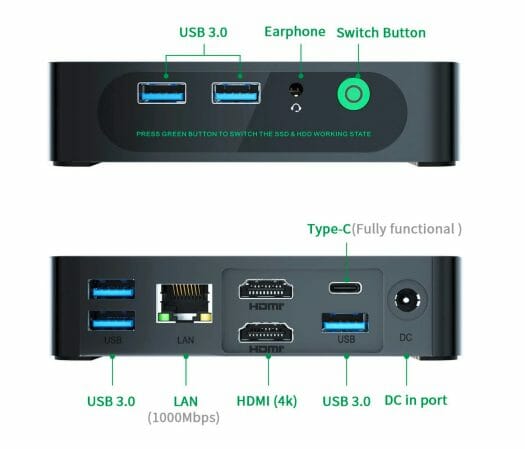 Beelink lists compatibility with Android, Windows 7/8/10/11, and Mac OS, but I suspect Linux should be supported too since everything goes over a USB-C interface. The very first time I read about the “green button” I switch it was to switch between the M.2 socket and SATA bay, but that’s not the case, and it’s indeed possible to use both drives at the same time. The green button is a power-saving feature that allows you to make the drive enter/leave sleep mode.

Apart from its form factor, Beelink Expand F has another point in common with an entry-level mini PC: its price. The barebone model sells for $149, the one with a 512GB SSD goes for $199, and the version with a 512 GB SSD and a 1TB HDD is offered for $239. All three can be purchased on Beelink online store. 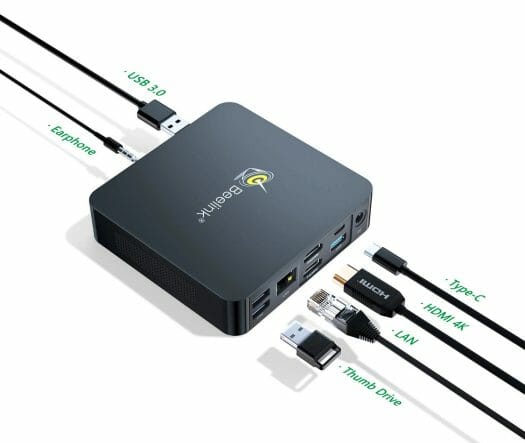 The only way I know of to get two display outputs over standard USB-C (as opposed to ThunderBolt) is with a DP MST switch inside. Beelink are not keen to talk about the refresh rate of connected displays, and I strongly suspect that’s because for 4K displays it will be 30Hz. AFIAK USB-C DP-Alt mode doesn’t have the bandwidth to do 60Hz if more than one output is at 4K, so you will be limited to 30Hz which is not a good user experience. Also, macOS doesn’t support DP MST, so you’ll be limited to one display output if you… Read more »

If I understood this correctly it should work with specific device combinations but AFAIK only for mirrored output so of limited use anyway.

And while I usually love things being able to be powered by 19V power bricks in this case that’s IMO a major downside for portable use.

But who cares since it’s that overpriced…

> but AFAIK only for mirrored output so of limited use anyway.

I would consider this “doesn’t support DP MST” because the point of DP MST is to have multiple independent display outputs from the same upstream source. But there is no denying that your answer is technically correct 😉

So does it it not?

Nice for what it is but way over priced.

$100 is more realistic and with no NVME support, some may in it too expensive at that.

This is an USB accessory. Everything in this box other than DP alt mode is attached/bottlenecked by USB and every controller inside is behind 1 or even 2 hubs (most probably there are two cascaded USB3 hubs inside)..

What should ‘NVMe support’ do here other than fooling clueless consumers? Using an JMS583 instead of the JMB561 is easy but what would be the real benefits?