Waveshare has introduced a new Raspberry Pi 5G HAT kit with a Quectel RM500U-CN 5G module, four antennas, and other accessories that sells for under $200, Raspberry Pi SBC not included.

On the face of it, it looks like an incredible deal, considering we’ve previously covered two other 5G development kits for the Raspberry Pi, namely Waveshare SIM8200EA-M2 HAT with a Snapdragon X55 5G modem and Sixfab “Raspberry Pi 5G Development Kit” that sold for about $400 to $600. What’s the trick? It’s designed for the Chinese market. 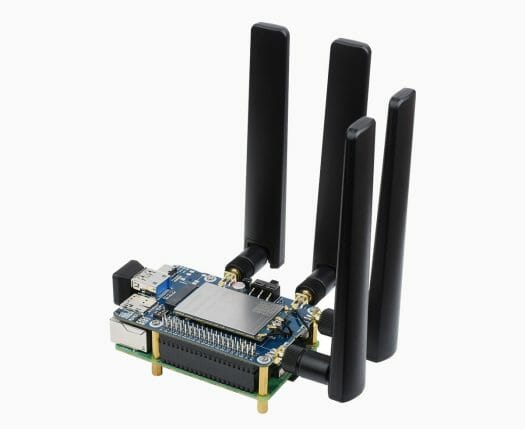 We can find more details about the RM500U-CN module in the comparison table below that pits it against two other Quectel 5G modules: RM500Q-CN and RM500Q-GL, both of which are also compatible with the kit. 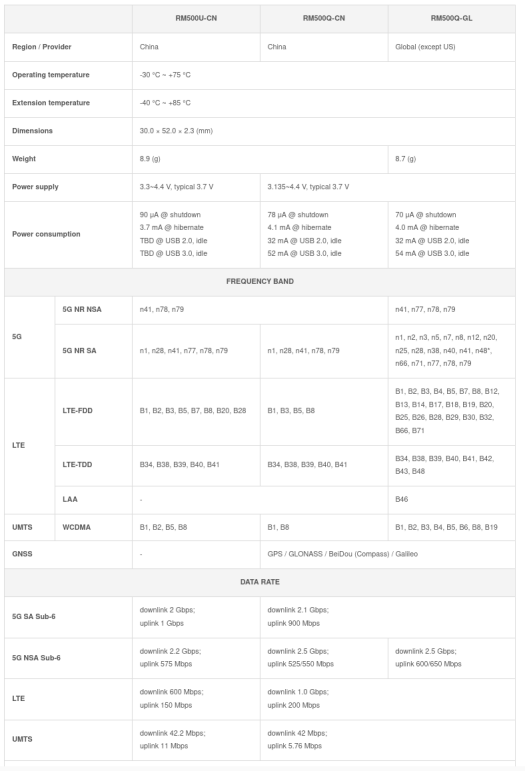 As their names imply both RM500U-CN and RM500Q-CN are for the Chinese market, but the RM500U-CN lacks GNSS support and offers different link speeds for 3G/4G/5G albeit sometimes lower or higher. The Quectel RM500Q-GL is a global module that supports a large number of frequencies bands for 5G, 4G, 3G, as well as GNSS support.

The Quectel RM500Q-GL has been around for a while and can be purchased for about $275 on Aliexpress, quite lower than the $500 price from about two years ago, but still more expensive than the complete RM500U-CN kit. The lack of GNSS may play a role in the lower price, but I suspect the cost of the licenses related to 5G patents might be the most important factor in the price, or some mayy not have to be paid in China.

Waveshare sells the RM500U-CN Raspberry Pi 5G HAT kit for $189.99 plus shipping. Kits based on other comptible 5G modules, such as the RM500Q-GL, are only available upon request.