Mixtile Blade 3 is a Rockchip RK3588 SBC with up to 32GB RAM designed for server applications, notably to build clusters through a U.2 edge connector with 4-lane PCIe Gen3, SATA 3.0 to interconnect multiple boards.

What was not clear so far is how multiple boards would be connected, as we were just shown two boards connected by a U.2 cable, which does not scale, and does not provide power as the 12V input also comes with the U.2 connector. The company has now provided more details showing how it’s done, namely through a breakout board that connects to the U.2 edge connector, and allows cluster design as shown below. 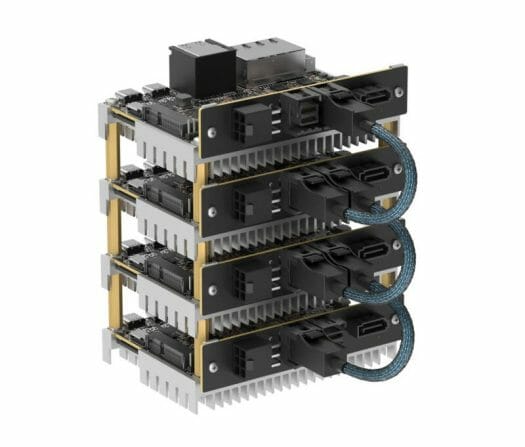 The U.2 breakout board comes with a 6-pin connector 12V power, pair of SFF-8643 (mini SAS) connectors for PCIe daisy-chaining, and a SATA port. Since short SFF-8643 cables are hard to find, Mixtile will provide custom 15-cm cables with the breakout board. They will also release the pinout so people can make the mini SAS cables themselves if needed. 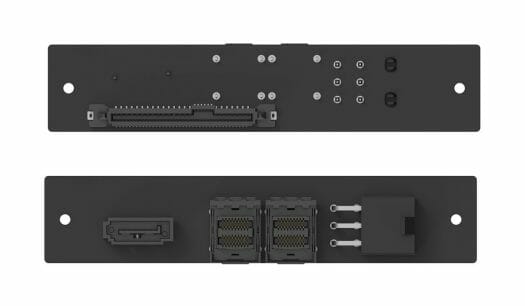 This type of design should be cheaper and more flexible than having a backplane board with multiple U.2 connectors, albeit not quite as compact, and not suitable for racks. That’s why another solution will be provided for a high-density server that can integrate 75 Blade 3 boards in a standard 19-inch 2U chassis. The breakout board solution should be used in Mixtile Cluster Box on Crowd Supply. 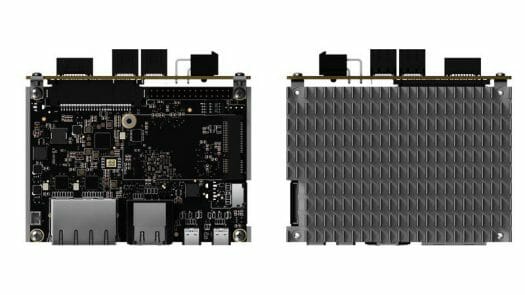 That’s for the hardware, and it does not say anything about software, but Martin Liu from Mixtile provided some insights in a previous comment:

RDMA is our further plan. We’re focusing on the IP-over-PCIe driver, which is not that good on the performance but is easier to understand by users and compatible with existing software.

The way I understand it, the IP-over-PCIe driver may create an additional (32Gbps) network interface on the board and allow TCP/IP communication over PCIe. RDMA protocol support may come later. For reference, RDMA (Remote Direct Memory Access) is a technology that enables two networked computers to exchange data in the main memory without involving either one’s operating system.

Thanks for the update. It’s really an interesting project to follow. Not that I would use it, but these days there’s basically zero innovation in the SBC world, everyone copies each other’s layout and just changes a chip or two. At least here we have people who are innovating with approaches nobody else explores. I’m not totally convinced yet (particularly on the software side of things) but I guess they’ve ran some tests before engaging in this hardware solution, so we might very well be witnessing the birth of a new technology, and that’s a bit refreshing 🙂 Good luck… Read more »

Why would you want to change layout? It’s a lot easier to sell a board which can utilize pre-existing module, than forcing users to buy into a new ecosystem. It’s just better for everyone involved

I haven’t said I would like to change a layout, I was enumerating the amount of intellectual contribution that’s usually found in each and every new SBC, that is close to zero. With that said, some tried to improve layouts by placing the SoC under the board to improve cooling, or by moving all connectors to the large sides instead of using two adjacent sides like the RPi does, which wastes space everywhere. Thus it turns out that the layouts still have a lot of room for improvement. Also placing the connectors on the large side eases support for an… Read more »