We’ve had our fair share of low-cost x86 SBCs in recent years, mostly based on Intel Cherry Trail processor, with the likes of Atomic Pi and Rock Pi X. Ice Whale Technology has come up with its own low-cost Intel single board computer with ZimaBoard “single board server” as it mostly has network storage applications in mind, but with a 4K capable mini DisplayPort connector it could also be used as a standard SBC or mini PC.

There are two versions of the board both with Apollo Lake processors: ZimaBoard 216 with a dual-core Celeron N3350 coupled with 2GBRAM and 16GB eMMC flash, and ZimaBoard 832 powered by a quad-core Celeron N3450 with 8GB RAM and 32GB storage. 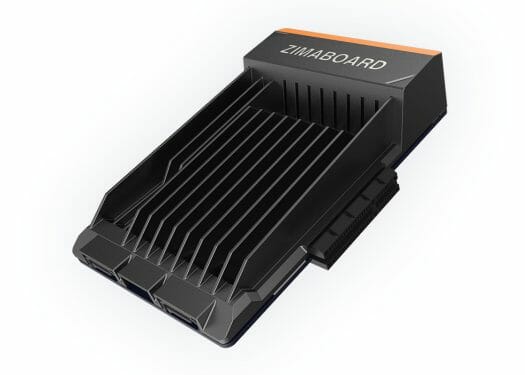 Both ZimaBoard SBC shares most of the same specifications in terms of I/Os: 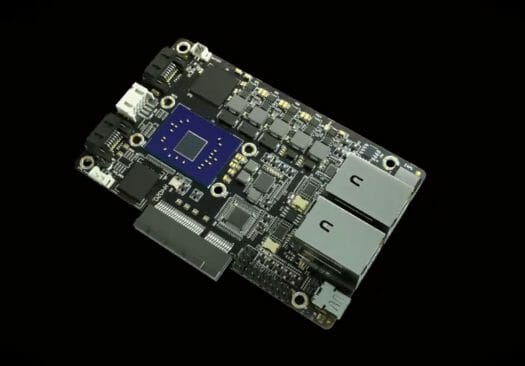 The board is passively cooled by its enclosure acting as a heatsink, and ships with Linux by default, although we’re not being told which distribution, possibly Ubuntu 20.04. But being an x86 platform, other operating systems are also supported including Windows, OpenWrt, pfSense, Android, and LibreELEC.

Typical use cases include setting up a personal NAS, a VPN gateway, a software router, a 4K media server, or a Smart Home gateway. It could also be used for 4K video streaming. The PCIe slot offers more flexibility than other similar SBCs, but will likely be awkward to use as the card would just hang there outside the case. 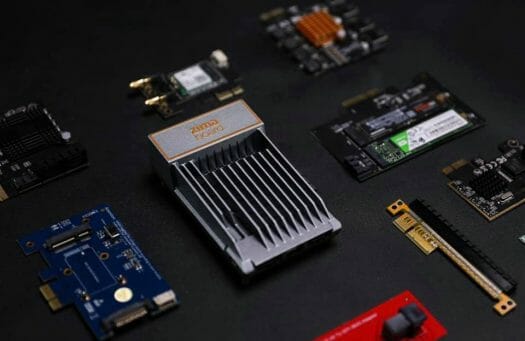 The PCIe x16 riser next to the board on the bottom picture shows the potential. These ZimaBoards are small enough to rip out whatever mainboard in any already existing PC case to be replaced with such a thing reusing at least one already existing PCIe card (I hope they had this use case in mind and designed dimensions/spacings accordingly).

I don’t think so. You just need to a buy a 2 hard-drives/ssd 2.5 case for using both sata ports available. I agree with the fact that it’s gonna be a small raid1 nas but for the price it’s excellent.

“the first batch of BeagleV boards to ship will not have a GPU”. I’m sold, give me two(2). Sarcasm! I don’t know what they were thinking?

Wrong thread 🙂 This one is not about BeagleV