We’ve written about STMicro Time-of-Flight ranging sensors several times over the year, including the latest VL53L8 which offers a range of up to 4 meters. But if your application would benefit from a more extended range, Toppan and Brookman Technology have designed a three-dimensional range image sensor (3D sensor) capable of measuring distances from one to 30 meters. using a hybrid Time-of-Flight (ToF) method.

That method, proposed by Professor Shoji Kawahito of Shizuoka University, is a new sensing technology combining the indirect ToF method of measuring distance by phase difference and the direct ToF methodology for measurement based on time differences. The hybrid method is said to be more tolerant to ambient light noise than the conventional indirect ToF method, especially outdoors. 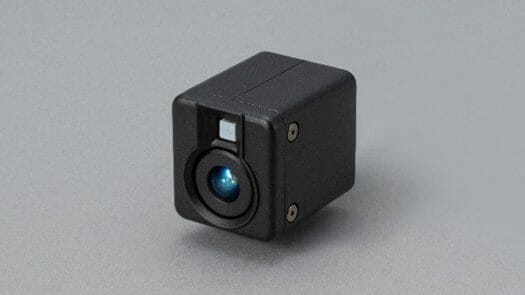 Highlights of the hybrid ToF sensor:

The new ToF sensor will mostly be useful for autonomous drones and robot carriers, but may also find its way into smartphones and game consoles. Besides the more extended range, the hybrid ToF sensor solves the light tolerance issues that impact indirect ToF sensors, and Toppan expects the new technology to drive further adoption into robots operating outdoors.

The details of this new type of ToF sensor technology were presented on June 15 by Toppan, Brookman Technology, and Shizuoka University at the 2022 IEEE Symposium on VLSI Technology & Circuits, and it’s not quite available just yet with samples expected by December this year, and commercial devices slated for Q4 2023. Additional information may be found in the press release.

At 120fps this could be used for adas. Now all manufacturers seem to develop their own platforms using FPGAs and “AI”. Maybe this could decrease the prices a lot. Interesting, indeed