Revopoint MINI is a 3D scanner using high-resolution blue light that’s designed for smaller objects such as figurines, coins, jewelry, etc… that require a higher level of detail achievable thanks to the promised 0.02mm precision.

The 3D scanner follows last year’s Revopoint POP 2 color 3D scanner with 0.1mm accuracy for larger objects, and the main differences are the lack of color scanning and the higher resolution most suitable for smaller objects, but also possible for larger objects while holding the scanner with one hand.  It would just take longer since the MINI’s single capture range is 118 x 64mm, instead of 210 x 130mm for the POP 2. 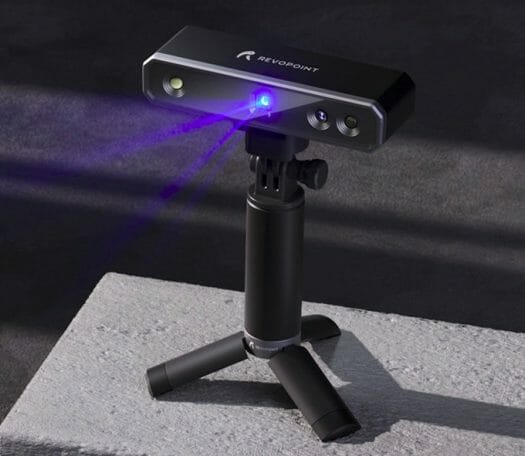 Scanning spray is still required for transparent and highly reflective objects. Two programs are offered with the scanner: Revo Scan to scan the objects and transfer the data to the host through USB or WiFi, and Revo Studio 3D model editing software. The scanning software works on Windows, macOS, Android, or iOS, and the editing program only supports Windows and macOS. Sadly that means no Linux support, even though the (POP 2) scanner itself runs Linux, but some people have managed to run the host software on Linux through Wine. 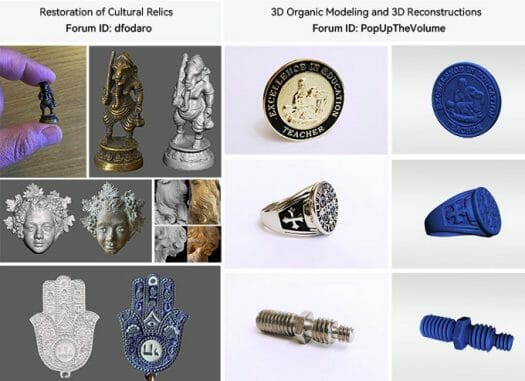 If you’d like to see high-resolution images of samples scanned with a beta version of the scanner, head over to the forums. For a more visual presentation of the process, you can check out Jasper Janderson’s video showing how he scanned a figurine with the Revopoint MINI which starts at the 3:53 mark. The results are good, but it takes time to learn how to properly scan objects and edit the 3D models.

Revopoint MINI 3D scanner was launched on Kickstarter a few weeks ago with the crowdfunding campaign raising close to 2.4 million dollars so far with 18 days to go. Rewards start at about $435 (Early bird) for the standard package with a calibration board, a tripod, a phone holder, a 2-in-1 cable, a sample statue, an extended plate, a mini turntable, and USB cables. There’s also a $539 premium package adding a handheld stabilizer (useful for larger objects) and a dual-axis turntable. Shipping adds $25 to $70 depending on the destination country, and backers should expect their rewards to ship in August 2022 if everything goes according to plans.

This is particularly impressive. I’m wondering how long it will take before people start to use that to quickly make copies of keys 🙂

People can do that already with a simple picture; you then send it off to company to make duplicates. Not that hard. And honestly can take bunch of pictures of a small object like a key and use meshroom to make a 3d object and then easily print it.

I see this more for intricate and larger objects than just a simple key, esp at the price range.