While the processor is slower, the system comes with less memory (1.5GB vs 2GB), and only supports 1080p60, it supports the more efficient AV1 video decoding and as well as A/B partitions for seamless updates since the firmware does not need to be downloaded to the internal storage before the 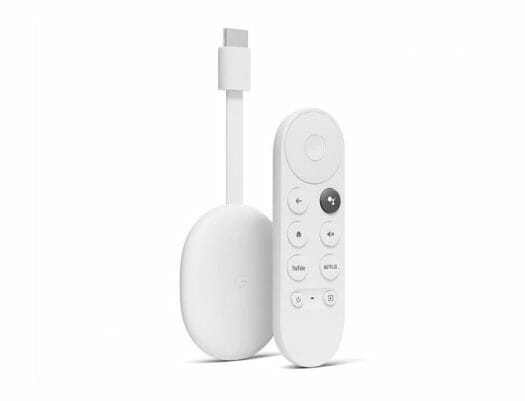 The device runs Google TV operating system based on Android 12, and lets you stream video content from the Internet using the provided Voice remote control.

Looks like a decent contender against the 3rd gen Fire TV stick which is probably faster (MT8695D, 4x Cortex-A53) but with no AV1, only 1 GB of RAM, and I assume a more limited OS. I don’t know about Onn and Roku looks like junk.

Nothing really limited with the OS on the FireTV sticks, as it’s largely custom built. However, I wouldn’t buy any device like this with only 8 GB of storage or with less than 2 GB of RAM today. I have the older FireTV 4K and it gets very sluggish when you install a handfull of apps on it. The latest UI improved the user experience greatly though, my own gripe with it, is that it crashes sometimes and that Netflix can go a bit stupid and you have to force stop the app.

I have a 4K Max and I have to force stop Kodi because it will freeze after some inactivity or time being open. “Good” to hear that “legitimate” apps are having problems.

The 8 GB of internal storage is low. There’s a rumor that we’ll see a 3rd gen Cube soon. I think October is when Amazon usually announces new products. And in the far future they could fix up the Fire Stick with an 8K version.

id would be great to put a kodi jeos (librelec,osmc) on it.
does sideloading apps works on this ?

You can sideload Kodi on Fire TV Stick. With Chromecast it looks like you can get Kodi directly on Google Play, no sideloading required. But you can also use Downloader by AFTVnews.

It also comes with an easy to unlock bootloader apparently:
hxxps://www.aftvnews.com/new-chromecast-hd-has-an-unlockable-bootloader-from-the-factory/

No thanks! Aside from AV1 and streaming updates, it’s a downgrade across the board. They should have cut the price of the existing model, and released an upgraded device. Oh well, maybe next year!

In its defense, it may sell under MSRP just like every other stick does. The 2020 Chromecast sells at $40, not $50, likely less soon.

Let me put it this way. The Fire TV Stick 4K Max launched at a 55 USD price, but went on sale for 35 USD within a few weeks, and goes on sale often. The initial price is for dummies or the impatient. This Chromecast HD will drop below 30 USD in no time.

Likely another sign that Google will push forward with AV1 use, with this being a first definitive step to make the change happen in Youtube, which will hopefully get other drip, drip tech manufacturers to move forward at a faster pace.

It would be nice to have a more fully featured option with more storage. RAM and better I/O but Google seems hell bent on pushing for streaming only.

All of the sticks should go to at least 16 GB. IIRC Fire TV stick is only 5.5 GB usable out of the box.

What are they thinking. They really want their device to only be able to stream shows and movies… No normal web surfing, no easy third party streaming app install, no easy peripheral (keyboard, hard disk, etc..) install… But it will be a quality and working item to stream movies and shows and the remote will be more at its place. They should take the opportunity to ship a real remote with the 4k version. Better, make a device that compete the shield. Or making a high end like a streamer/game console like the beelink gt king ll. I’m happy they… Read more »

Maybe they will have to eventually, as all new smart TVs (esp. 8K) integrate good enough features, and even license the Amazon Fire, Google Chromecast, or Roku branding. Or maybe it’s good that they are making them cheap enough to be ubiquitous, so that people don’t think twice about buying a streaming stick and they keep doing it. All I know is that I’d like it to continue, because being able to “hijack” a TV/display through a small HDMI device can be useful and convenient. Google’s strategy still centers around Stadia cloud gaming which only needs a weak stick like… Read more »