Today, we’re giving away the e-con Systems e-CAM20_CURB is a 2.3MP color camera with a global shutter that is designed to work with Raspberry Pi 4 SBC.

I just completed the e-CAM20_CURB camera review with Raspberry Pi 4 last weekend and found the video smoothness and quality to be much better than most cameras I’ve tried when there is motion, even in relatively dark scenes, since motion blur and artifacts are reduced. The company provides Yocto Linux and Raspbian/Raspberry Pi OS images with V4L2 drivers and Gstreamer tools, and the camera was fairly easy to use with the Yocto image thanks to the useful documentation provided with the kit. This also includes a developer guide explaining how to rebuild the OS from the source, but I did not try that part. 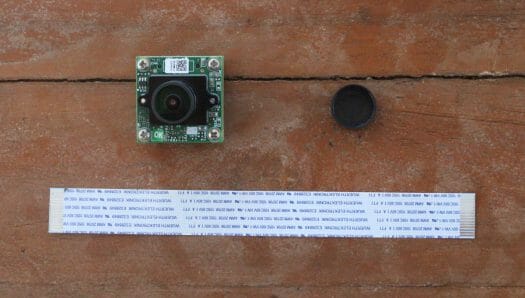 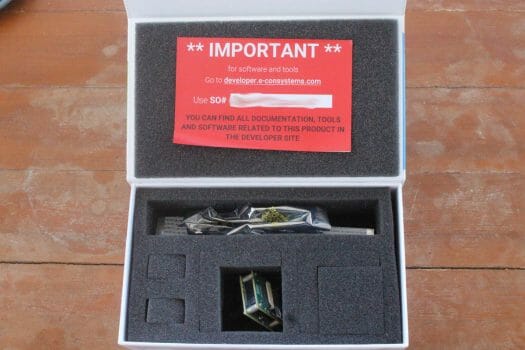 The giveaway includes the camera itself together with a 15-pin FPC cable, as well as the package that includes a Sales Order Number needed to download the documentation and OS images that I will transfer to the winner. So you’ll just need a Raspberry Pi 4, a microSD card, and HDMI or MIPI DSI display to get started.

For reference, the camera sells for $99 on the e-Con Systems store.

We’ve got 122 participants for the camera.
Drum rolls… and the winner is #107 that would be Johnny! Congratulations. I’ll contact you by email shortly.

Checking in from Canada.

I never used e-con’s camera, would like to try with CM4 :D, BKK

I need it.
Israel.

I’m familiar with e-con Systems as I’ve looked at their offering several times in the past. Never actually owned any of their products, but they seem to make generally quite good cameras and camerage-gadgets. I, certainly, could find use for this camera.

Canada. This could be fun for ML

…… INDIA…….
Would love to work on it with a TinyML project. I have a raspberry pie at my university. Really appreciate the effort.

Greetings from Belgium. That is a nice camera

Good luck everybody from France !

Portugal, maybe this is the one?

Hello from France.
With this camera, I can replace that nobrand, noname, but still working 1.3Mpx AliExpress product.

I’m in for the giveaway from Australia:)

Big Thank you from USA!

Well it’s worth a shot to enter, I can always use more cameras in my life 😁 Entering from USA

United States here! I’d love to win something, and thanks for the giveaway.

United States. Good luck to everyone in the contest.

Poland.
Thank you for your hard work!

This could be a fun add-on to IRL stream setup.
USA

Hello from the east coast USA

Thanks for the giveaway! Good luck to all.

Hi from Russia.
Thanks for giveaway.

a tech guy from Brazil

Still Brazil
That would go well with my RPi running Klipper