The sixth prize of this year’s Giveaway Week will be GL.iNET GL-S10 BLE to MQTT gateway based on the ESP32 microcontroller and offering Ethernet, WiFi, and Bluetooth LE connectivity.

The gateway is used to gather data from Bluetooth LE devices such as beacons and can be used in warehouses, shopping malls, airports, exhibition halls, tourist attractions, etc… for personnel management, asset management, environmental monitoring, indoor navigation, and more. 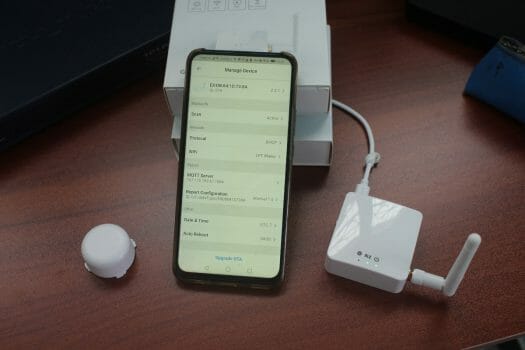 I reviewed the ESP32-based BLE to MQTT gateway with the provided BLE beacon at the end of last year using MQTT X open-source client and the GL-S10 Tool App for Android.

It allowed me to send commands through MQTT topics, for example, to set or retrieve the beacon’s (WiFi) configuration, and receive the data through MQTT subscriptions. Some of the data include the MAC address, RSSI, ad (Broadcast data advData), and a timestamp. It took some effort to get it working, but I eventually managed. 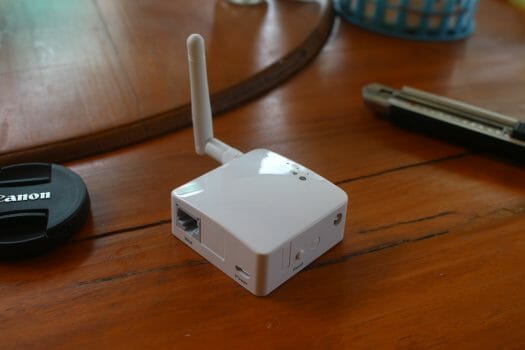 The giveaway includes the gateway with its antenna and USB cable, but I’m not going to send the BLE beacon because of the non-removable 3.6V ER14250 1/2AA battery to prevent issues with customs. You can use other BLE devices for that purpose, and during testing, I received BLE messages from a smartwatch or one of my air conditioners.

Ward wants one of these 🙂
Turkey

Thank you from UK

Greetings from Belgium. Thanks for doing this giveaway week!

From Finland with love

Hello World..I am from Malaysia

Hi from the US!

Love the site
From the rainy United Kingdom

Thank you from Greece

Hello from Sweden
this looks awesome

It a nice wee project! Hi from Greece!

Hi, from uk. Use a custom solution for this using a bare esp32 dev board to expose on mqtt, my ble sensors all around the house. So this surely will be a neat and stable alternative

Greetings from Germany! The Gateway would be a perfect fit in my HomeAssistant+EspHome setup

Thanks for introduction!
I’m from Hong Kong btw

This seems to be a nice project to spend time on.

Japan. Would be a nice addition to my mqtt network!

Anything to help me with an edge of the edge IOT project I am developing and looking for team members and support. All mybexyta money each month is going to hardware John Lawton McBrayer – Switzerland – Sawadi Kap! Any advanced material extruding 3D printers up? (Kevlar, Fiber, Cermamics, Wood)

Thank you for this giveaway!

Guadeloupe
Hello and thanks 🙂

with greetz from Germany

Second Thanks from Africa…
Eswatini/Swaziland..

Poland, I do wonder how far could I go with hacking it?

United States (US)
Love the news coverage from CNX, please keep up the great work
Thank you!

From Malaysia with love. 007