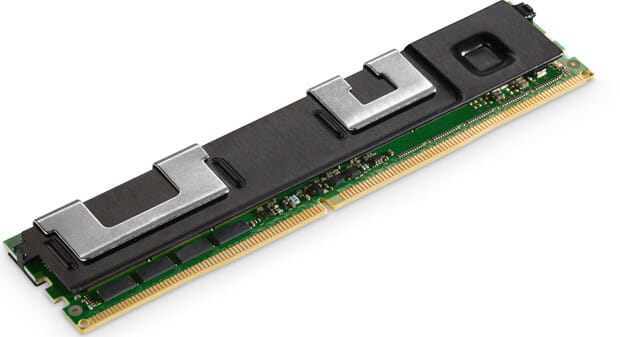 Intel and Micron jointly announced 3D Xpoint technology in 2015 that promised to be 1,000 times faster and endurant than NAND flash, and 10 times denser than conventional DRAM. Products were launched in 2017 under the Optane brand with somewhat lower specifications starting with enterprise PCIe SSDs, followed by Optane M.2 cards, and Optane PCIe SSDs for the consumer market which do improve performance for very specific tasks. But beside storage devices, Intel also planned to launch Optane memory that fits into RAM slot, and they’ve finally done that with their Optane DC Persistent Memory fitting into DDR4 DIMMs with capacity ranging from 128GB to 512GB. The Optane DC Persistent Memory modules are made for the datacenter, and will be supported by the next generation of Intel’s Xeon server platforms. The module are sampling now  with mass production planned for later this year, but only to select customer. Broad availability […] 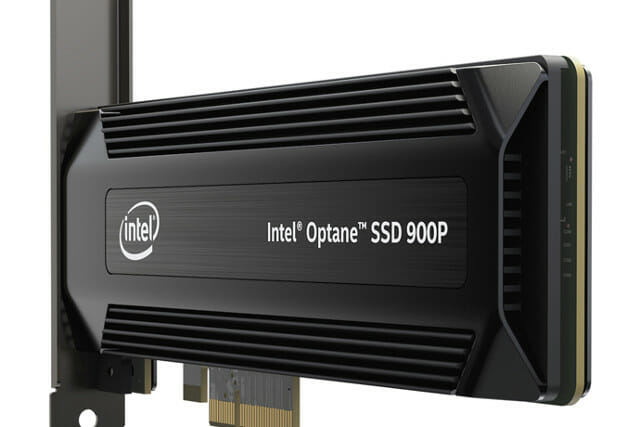 Intel and Micron first unveiled 3D Xpoint technology (pronounced “crosspoint”) in 2015 with the promise of 1000x faster storage and 1000x better endurance than NAND flash used in SSDs. Performance was later reduced to about 7x better IOPS in a prototype, and Intel started to sell the technology under the Optane brand with the 375GB SSD DC P4800X for the enterprise market. Since then Intel entered the consumer market with 16GB and 32GB Optane M.2 cards which are meant to be used as disk cache in compatible systems thanks to their high random I/O performance, and now the company has announced the first consumer grade 3D Xpoint SSDs for desktops and work stations with Optane 900P Series available in HHHL (CEM3.0) and U.2 15mm form factors, and with random I/O performance up to four times faster than competitive NAND-based SSDs. Optane SSD 900P Series specifications: Capacity – 280 to 480 […] 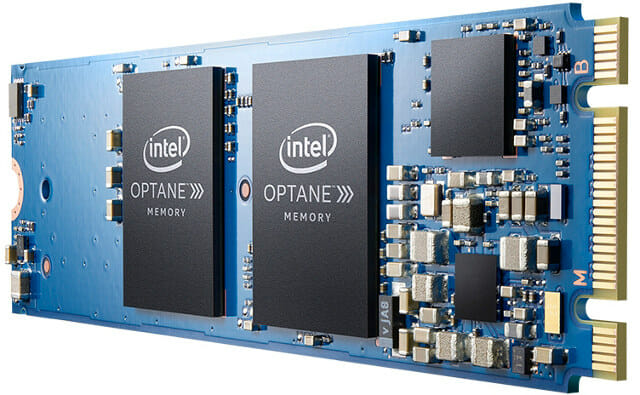 Intel launched their first Optane SSD based on 3D Xpoint technology for the enterprise/datacenter market last week, and now the company has announced 16GB and 32GB consumer grade Optane memory will start selling in April starting at $44. The cards will follow M.2 card (80mm) form factor, use a dual PCIe NVMe 3.0 interface, and currently only works with Optane compatible motherboards with 7th generation Intel Core processors. Intel promises boot times that are twice as fast, 28% better overall performance, and 65% faster game level loads thanks to vastly improved random I/O performance. We can see some of the specs for both cards on Intel website. I reproduced some of the performance reliability data in the table below. 32GB Optane Memory 16GB Optane Memory Sequential Read (up to) Up to 1350 MB/s Up to 900 MB/s Sequential Write (up to) Up to 290 MB/s Up to 145 MB/s Random […] 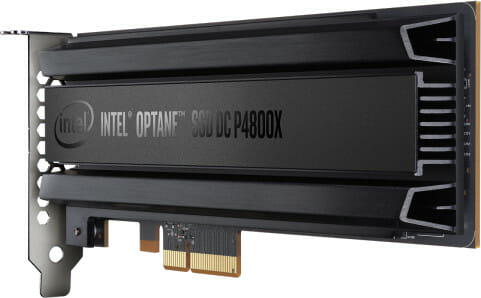 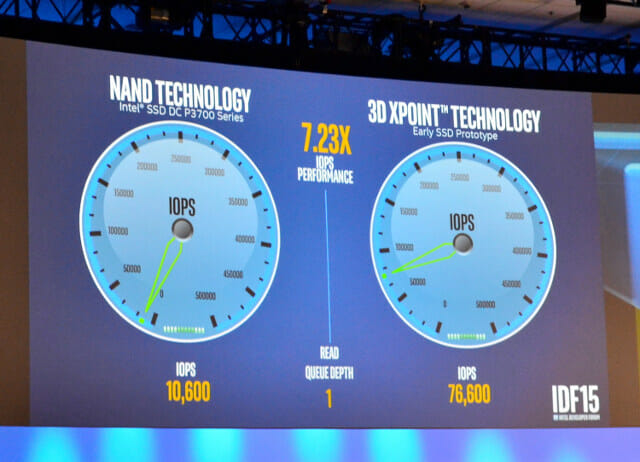 Last month, Intel and Micron unveiled 3D XPoint technology – pronounced 3D Crosspoint – promising over 1,000 times the performance and durability of NAND flash, and 10 times the density of DRAM for non-volatile memory. Intel has now showcased some of the first products to use that technology with an Optane SSD. At IDF 2015, Intel compared the performance of their high-end P3700 SSD delivering 10,600 IOPS against an early 3D Xpoint “Optane” SSD prototype that could deliver 76,600 IOPS or 7.23 times more I/O per seconds, while according to Anandtech some other tests still ran 5 times faster on 3D Xpoint compared the NAND based SSD. Intel plans to release 3D XPoint SSD in 2016, as well as 3D Xpoint DIMM modules for the datacenters. These are exciting developments, but it will probably take a few more years before it comes affordable for consumer devices, as a 400GB P3700 […] 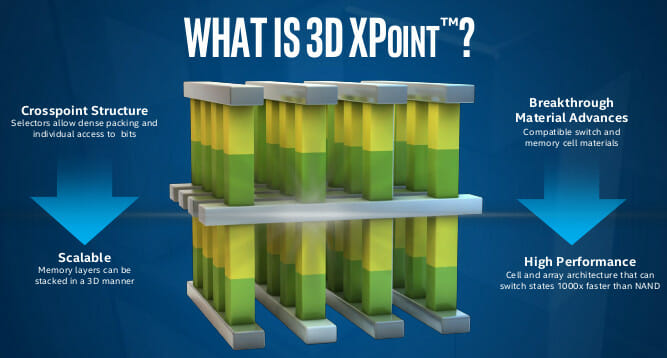 Non-volatile memory is usually the bottleneck in electronics systems and computers, as it takes much longer to move data from storage than in RAM or cache, so any improvement may yield great benefits, especially when your application requires lots of I/Os. Micron and Intel claim to have developed a new category of memory, and announced 3D XPoint (Read “3D cross-point”) memory as the first break through since the launch of NAND Flash in 1989. There’s great variability between different NAND flash chips, but the companies announced that 3D XPoint is 1,000 times faster and endurant (write cycles) than NAND flash, and 10 times denser than conventional DRAM. The technology would mainly benefit most applications, but especially more demanding ones such as high resolution gaming (4K/8K), real-time pattern recognition, and genomics. Based on the presentation video below, it even seems 3D XPoint memory can be used to replace RAM and NAND […]