Intel and Micron jointly announced 3D Xpoint technology in 2015 that promised to be 1,000 times faster and endurant than NAND flash, and 10 times denser than conventional DRAM. Products were launched in 2017 under the Optane brand with somewhat lower specifications starting with enterprise PCIe SSDs, followed by Optane M.2 cards, and Optane PCIe SSDs for the consumer market which do improve performance for very specific tasks.

But beside storage devices, Intel also planned to launch Optane memory that fits into RAM slot, and they’ve finally done that with their Optane DC Persistent Memory fitting into DDR4 DIMMs with capacity ranging from 128GB to 512GB. 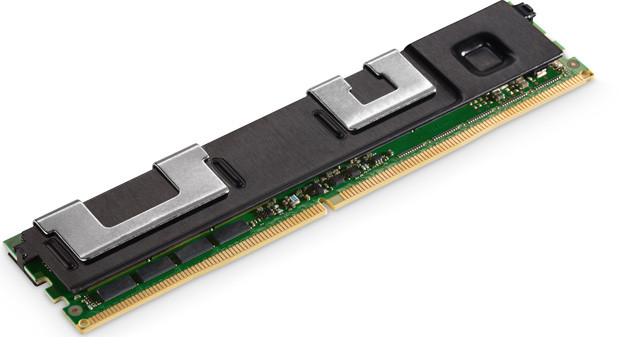 The Optane DC Persistent Memory modules are made for the datacenter, and will be supported by the next generation of Intel’s Xeon server platforms. The module are sampling now  with mass production planned for later this year, but only to select customer. Broad availability is only scheduled for 2019.

In the meantime, the company has been working on a preview system with two Xeon processors, 192 GB of RAM, 1TB of Octane Persistent Memory, as well as SATA and NVMe SSDs. Companies and developers interested in accessing those system to optimize their software using the Persistent Memory Development Kit (PMDK) can already apply for access. The preview program will run from June through August, and accepted participants won’t be allowed to publish their results publicly until Intel allows it. 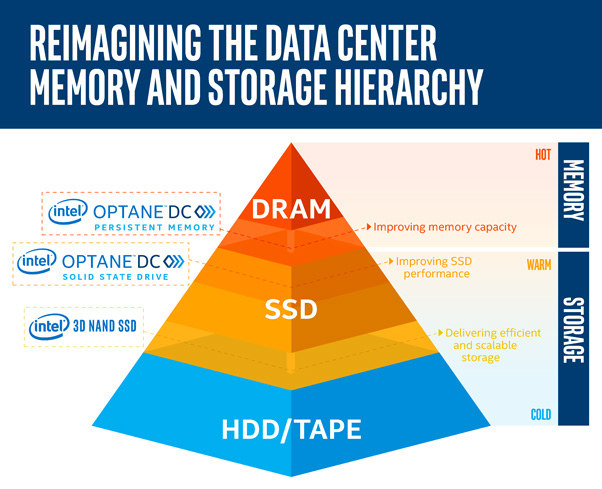 This type of memory will have the obvious advantage of being non-volatile, and helping booting systems much faster from minutes to mere seconds. Some other benefits for the datacenter are explained in an editorial:

This will be a major development for embedded devices, not only for the speed of storing and running all the code in Ram, but also for the compactness and power savings.