Ok, so the last week of the 5.0 release wasn’t entirely quiet, but it’s a lot smaller than rc8 was, and on the whole I’m happy that I delayed a week and did an rc8.

It turns out that the actual patch that I talked about in the rc8 release wasn’t the worrisome bug I had thought: yes, we had an uninitialized variable, but the reason we hadn’t immediately noticed it due to a warning was that the way gcc works, the compiler had basically initialized it for us to the right value. So the same thing that caused not the lack of warning, also effectively meant that the fix was a no-op in practice.

But hey, we had other bug fixes come in that actually did matter, and the uninitialized variable _could_ have been a problem with another compiler.

Regardless – all is well that ends well. We have more than a handful of real fixes in the last week, but not enough to make me go “Hmm, things are really unstable”. In fact, at least two thirds of the patches are marked as being fixes for previous releases, so it’s not like 5.0 itself looks bad.

Anyway, with this, the merge window for 5.1 is obviously open, and I’m happy to see that I already have several early pull requests. Which I’ll start processing tomorrow.

And appended is – as usual – the shortlog just for the last week. Th
overall changes for all of the 5.0 release are much bigger. But I’d like to point out (yet again) that we don’t do feature-based releases, and that “5.0” doesn’t mean anything more than that the 4.x numbers started getting big enough that I ran out of fingers and toes. 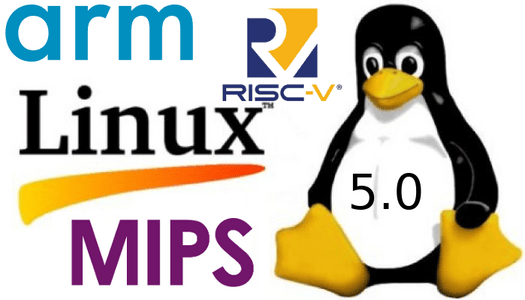 Some notable changes in Linux 5.0 include:

Changes specific to Arm architecture include:

For the first time, I’ve also decided to add some of the changes for RISC-V architecture:

A complete Linux 5.0 changelog with comments only (e.g. no code) can be found here. It has been generated with git log v4.20..v5.0-rc8 --stat. For more details, you could also read the kernel changes on KernelNewbies.

Gru Scarlet is of course rk3399-based … there was a small typo in the pull request to Linus it seems.

Gru was the codename of the rk3399 chromeos platform. It seems Rockchip are upstreaming chromeos code, which is good.