Mediatek Labs and Linaro introduced X20 development board based on 96Boards CE specs, and featuring Mediatek Helio X20 deca-core Cortex A72/A53 processor a couple of months ago. At the time, if you wanted to purchase the board, you’d have to fill a form explaining the details about your project, and the company, Alpha Star, would then decided whether would sell it to you. The good news here is that you don’t need to do any of that anymore, and you can buy the board directly on Seeed Studio for $199, or on Taobao for 1399 RMB. 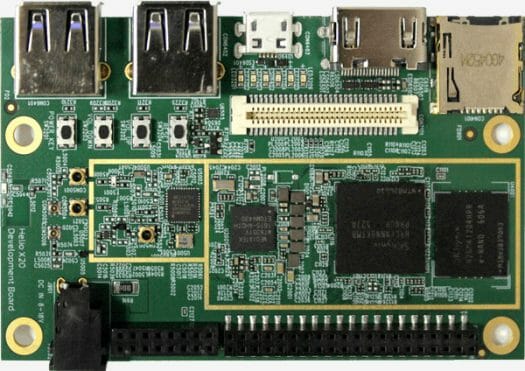 Mediatek X20 development board specifications have not changed much since the first announcement, but the CPU and GPU frequencies have been lowered somewhat, and we have some more details: 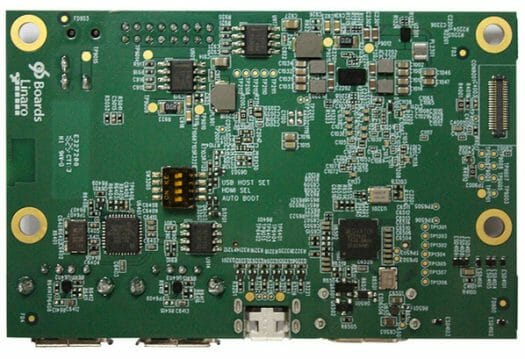 The board only runs Android 6.0 Marshmallow at this stage. You can find more hardware and software technical details on the Wiki, and download page. It might also be worth monitoring 96Boards X20 page for documentation.

@Demetris
My biggest complain is that the SoC embeds an advanced GSM/WCDMA/LTE modem, yet the board does not support it and has no SIM card slot ! I have been looking for so long for a Linux board that would be reasonably powerful (both in CPU and RAM) and cost effective and embed a 4G modem ! :-/

@Demetris > “You can buy a mt7620a at 600mhz with 128mb ddr2 ram at 800mhz with 16mb spi flash and sdcard slot + usb2 -> and use a usb lte modem with lede/openwrt at €16” yes that’s what I mean : 128mb is far from 2gb, and you need to add a separate (often expensive) minipcie module, and you will only run openwrt/lede i.e. not a “regular” Debian with glibc, and the minipcie module/connector can sometimes be a problem in some contexts (e.g. vibrations/industrial. USB is cheaper but even worse for this), etc. This board would be great… if only… Read more »

How is one supposed to develop for this supposed development board when there is absolutely no reference to any code to be found on the product website? Three cheers for yet another stellar linaro achievement.

For quite a while, there was no code at http://limadriver.org/ , so you would be the last to be surprised this happens.

@Anon: Wait and see how yet another unknown chinese $shit_pi boardmaker makes good on this. I have seen way too many of such things, and similar, pass by over the years.

I was tempted to buy such a board, but the lack of kernel/u-boot told me to keep my money to myself for the time being and to wait for other MTK X20 development boards to appear, or for this one to deliver (which would almost be out of character).