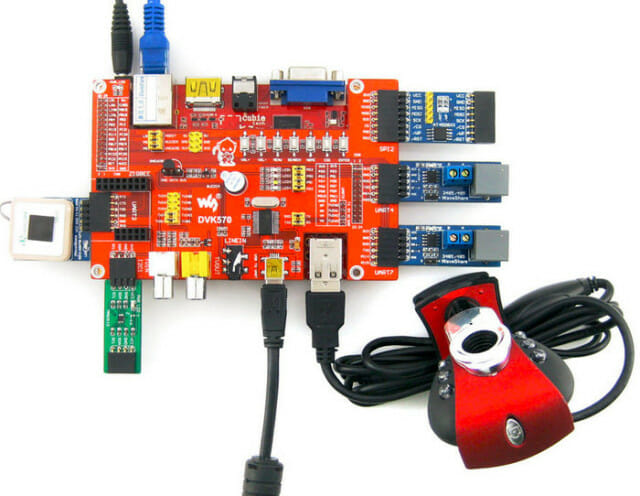 CubieTruck is one of the development boards made by CubieTech. It is powered by AllWinner A20 with 2GB RAM, Gb Eternet, various ports, and supports Android and multiple Linux distributions. Waveshare Electronics has just launched DVK570 daughter board for the CubieTruck which adds support for TV in and out, a buzzer, and headers to connect modules such as GPS, RS485, an SPI flash, a Zigbee module, a magnetometer, or a temperature sensor. Hardware features of DVK570 daughter board: CubieTruck Headers – 1x 30-pin header and  1x 24-pin header for connection with the CubieTruck Video – TVIN in, and TV Out interfaces (CVBS) Audio – 3.5mm Line IN interface Debugging – UART interface, micro USB port with USB to UART chip (Profilic PL2303) Expansions for add-on modules: 1x 4-pin I2C interface to connect I2C modules such as PCF8563 RTC Module, MAG3110 Board, and more 2x 6-pin UART interfaces (UART4 and 7) […] 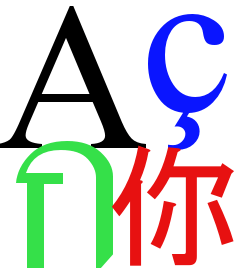 If your application needs to support multiple languages or if it needs to support languages with different character sets such as simplified Chinese (GB2312, GBK, GB18030, HZ,..) or traditional Chinese(BIG5, HKSCS, EUC-TW) you’ll need to make yourself familiar with Unicode and the different character sets. In this article, we’ll focus on introducing character sets,  manipulating and converting charsets and the possible challenges you may encounter while handling Unicode text files. If you plan to support multiple languages, you’ll also have to internationalize your application, for example by using Po files for different languages, a Po file editor and possibly have the translations done in launchpad if your project is open source. But this would be another subject. Go for Unicode If you are building a new application make sure its structure is based on Unicode (UTF-8, UCS-2, UTF-16 or UTF-32 ) since those charsets can handle most written languages (UTF: […]