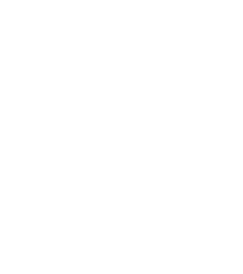 In this article, we’ll focus on introducing character sets,  manipulating and converting charsets and the possible challenges you may encounter while handling Unicode text files.

If you plan to support multiple languages, you’ll also have to internationalize your application, for example by using Po files for different languages, a Po file editor and possibly have the translations done in launchpad if your project is open source. But this would be another subject.

If you are building a new application make sure its structure is based on Unicode (UTF-8, UCS-2, UTF-16 or UTF-32 ) since those charsets can handle most written languages (UTF: Universal Character Set) and are widely used. UTF-8 is the most widely used, since it is compatible with ASCII, followed by UTF-16. Actually, there is absolutely no valid reason to use other charsets unless you need to be backward compatible or your system must import files that may have different charsets (e.g. subtitles).

Usually you would most likely use UTF-8, so to help me make your choice here are some useful characteristics of UTF-8 and UTF-16.

The main advantages of UTF-8 are that it is compatible with ASCII and you can use string functions (strncpy, strncmp,..) safely since there won’t be any null byte (0x00) in the stream. The main advantage of UCS-2 is that you can easily find the number of characters (e.g. required for microwindows API) and it may use less spaces than UTF-8 for East Asian Languages. However, you won’t be able to code using function in string.h since 0x00 may be in the UTF-16 buffer.

Since you may need to convert charsets into UTF-8 ot UTF-16 in your application.The ideal tool for that is iconv or its library libiconv. Iconv is usually present in all Linux distributions. If you don’t have it you can download iconv and build it. You can also build iconv for your target board to add charset (aka encoding) conversion to your program.

You can list all encodings supported by iconv with the following command:

Converting a file from one encodings to the other is straightforward. For example, here’s the command line to convert a file encoded with GB2312 (gb2312.txt) to UTF-8 (utf-8.txt):

For some encodings, you may also have to take into account the endianness and for example for UTF-16, use UTF-16BE (Big Endian) or UTF-16LE (Little Endian).

If you need to convert encodings in your source code, you may use the following function:

If you use UTF-8 you should not face too many problems as it is virtually the same as handling ASCII. However, you should be aware that strlen will not return the number of characters, but the number of bytes if your string does not only contain ASCII characters.

In some cases, you may need to automatically detect the encoding used in a file. Programs like Firefox have such capabilities, but the method used may not be appropriate for embedded systems and/or it may be difficult to extra the code from Firefox to use in your application.

So If you need to detect encodings, you may use Enca (Extremely Naive Charset Analyser), currently Enca 1.13 or its library libenca.

This is a library written in C, that will help detect encodings for the following languages: