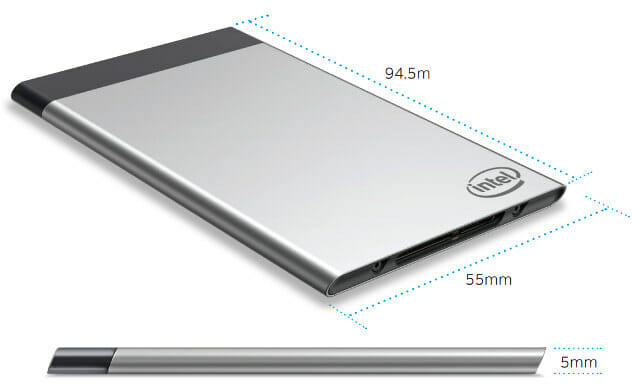 The Intel Compute Stick revolutionized the mini PC market through the introduction of x86 based processors making Windows available as an OS option. However, for Intel the biggest target market turned out to be business rather than consumer with digital signage being a key user. As a result Intel have responded with the introduction of the Intel Compute Card. So far they have released four versions of card: and they they differ from compute sticks by no longer being standalone mini PCs but dependent on a dock or host device. The card itself is relatively small with a footprint slightly larger than a standard credit card: and is distinguished by the back being printed with details about the card including the model: The lack of emphasis on the consumer market is also evident in the rather unobtrusive plain packaging: On the end that inserts into the dock or host device […] 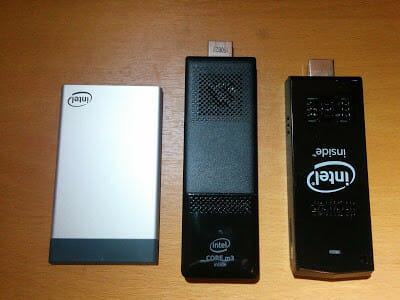 We’ve recently seen Intel introduced Dock DK132EPJ for their Compute Cards, and released some pricing info. Ian Morrison (Linuxium) got sent a full kit by Intel with the dock and Compute Card CD1M3128MK powered by a dual core / quad Core m3-7Y30 processor with 4GB RAM, 128GB PCIe SSD, and Intel Wireless-AC 8265 module. You can get the full details in Ian’s post, but I’ll provide a summary of the key points here. While the compute card and dock are thinner than most product, the computer card is quite wider than TV sticks, and the dock larger than an Intel NUC. It also comes with a fan, and cooling works well with maximum CPU temperature under being 70°C. The Compute Cards do not come with any operating system, but you get to the BIOS easily, and install Windows or Linux distributions. Ian’s started with Windows 10 Enterprise Evaluation, and ran […] 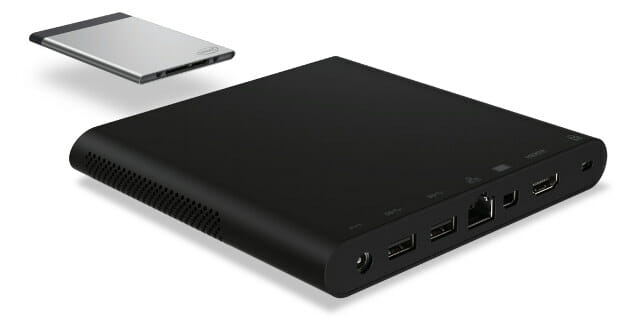 Intel unveiled the Compute Card at the very beginning of the this year, without that many details, except it would included a 7th Gen Intel Core, memory, storage and wireless connectivity, and connect compliant dock with a new standard connector featuring USB-C and extra I/Os. Later this year, we learned more details about some Apollo Lake and Kaby Lake Compute Cards including specifications and block diagram. However those cards won’t be of any use without docks, and while NexDock promised a laptop dock for the cards, I have not seen any other announcements, but we now have some info about Intel’s own Compute Card dock that looks like a mini PC as the company released technical specifications and user manuals for DK132EPJ dock, and three Compute Card SKUs.   Intel Compute Card Dock DK132EPJ specifications: CPU, Memory, Storage, Wireless – Via slot supporting certified Intel Compute Cards Video Output – HDMI and […] 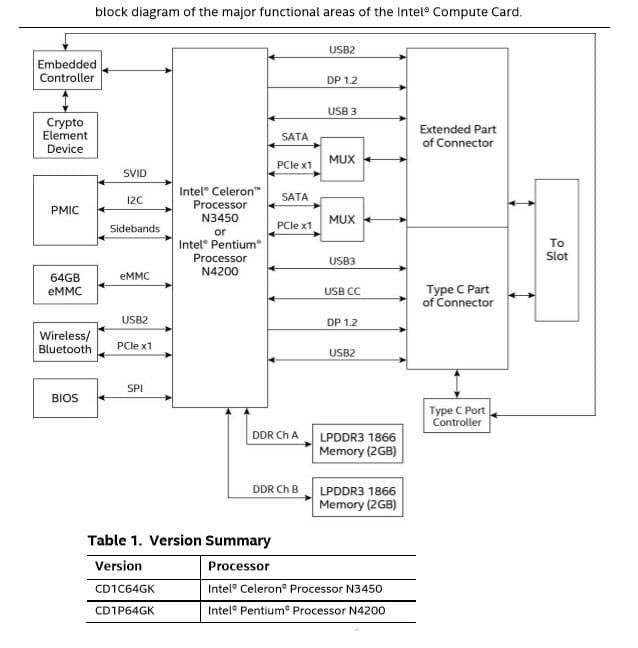 Intel Compute cards are the latest ultra-thin CPU cards introduced by Intel at the beginning of the year, with a concept similar to EOMA68 CPU cards, that it to allow  CPU card upgrades or replacements, and interoperability across compatible devices such as smart kiosks, IoT gateways, and so on. But at the time, Intel did not reveal that many details about the different cards, although we know NexDock is working on laptop dock compatible with Intel Compute Cards. But I’ve recently received some block diagrams for Apollo Lake Pentium/Celeron, and Kaby Lake Core M/Core i5 compute cards.There will two SKUs for Apollo Lake compute cards sharing the same specifications, except for the processor: SoC CD1C64GK SKU – Intel Celeron N3450 quad core processor @ 1.1 / 2.2 GHz (base/turbo) with 12EU Intel HD Graphics Gen9; 7.5W TDP CD1P64GK SKU – Intel Pentium N4200 quad core processor @ 1.1 / 2.5 GHz […] 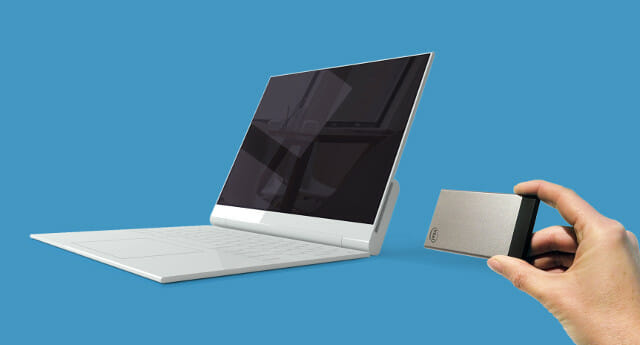 NexDock first launched a 14″ laptop dock for smartphones, tablets, and development boards via a Indiegogo campaign in 2016, where they successfully raised over $350,000, and delivered rewards to backers last September and October. With the recent introduction of the Intel Compute Card, the company has now decided to work on a new NexDock that will take Intel’s cards. We don’t have much details right now, but the company said that beside the Intel Compute Card, it will come support interchangeable USB type-C modules, and will still support Windows 10 smartphones with continuum feature, Raspberry Pi and other devices that can be connected through a USB-C port. The second drawing also suggests the keyboard will be detachable, and you’ll be able to use NexDock as a Windows tablet. It could be nice to have an Intel laptop with Linux or Windows, and an ARM tablet with Android, but this won’t […] 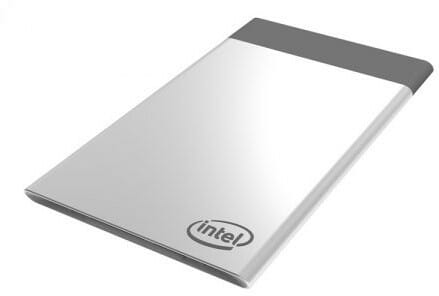 Intel has just introduced their Compute Card, the name likely originating from their Compute Stick & Module series, integrating all main components you’d find in a computer such as a processor, memory, storage, and wireless connectivity into an standardized ultra thin business card sized module that can be used in compatible devices from smart kiosks to security cameras and IoT gateways, as well as computers and laptops. Intel has some demos at CES 2017, but has not announced any specific models yet. We still have some of the key features for the Compute Cards: Processor up to 7th Gen Intel Core, memory, storage and wireless connectivity are all included in the card Intel Compute Card-based device will provide the power, cooling and the optimized user I/O for that particularly solution Connection to devices will be done via an Intel Compute Card slot with a new standard connector (USB-C plus extension) […]