We’ve recently seen Intel introduced Dock DK132EPJ for their Compute Cards, and released some pricing info. Ian Morrison (Linuxium) got sent a full kit by Intel with the dock and Compute Card CD1M3128MK powered by a dual core / quad Core m3-7Y30 processor with 4GB RAM, 128GB PCIe SSD, and Intel Wireless-AC 8265 module. You can get the full details in Ian’s post, but I’ll provide a summary of the key points here. 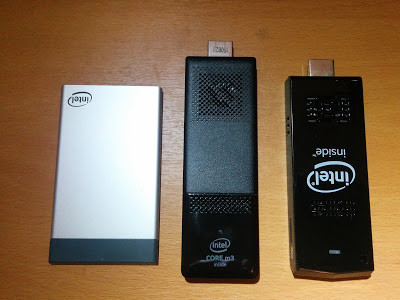 While the compute card and dock are thinner than most product, the computer card is quite wider than TV sticks, and the dock larger than an Intel NUC. It also comes with a fan, and cooling works well with maximum CPU temperature under being 70°C. 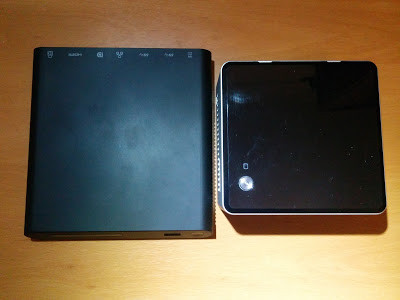 The Compute Cards do not come with any operating system, but you get to the BIOS easily, and install Windows or Linux distributions. Ian’s started with Windows 10 Enterprise Evaluation, and ran several benchmarks including PCMark 8 Home Accelerated 3.0.

As expected, performance is quite good on this 4.5W TDP Core m processor, as the best results I got so far on sub 10W TDP processors was 1,846 points with Voyo VMac Mini Celeron N4200 mini PC. The NVMe SSD also helps with performance as shown in CrystalDiskMark Results. 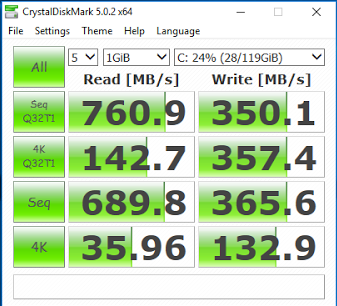 The processor was apparently powerful enough to play 4320p / 8K videos in YouTube.

He then installed Ubuntu 17.04 for a dual boot setup, and it worked after tweaking Ubuntu NVRAM entry. Apart from that, everything seems to work out of the box.

Phoronix Suite benchmarks showed a jump in performance compared to the Intel Compute sticks, even against the Core-m3 one (STK2M364CC) as shown below.

The iozone results are particularly striking, but easily explained as a 64GB eMMC flash was pitted against a 128GB NVMe SSD.

In conclusion, Ian explains that overall the Card and Dock combination works well, and while there may be use cases for the enterprise market, it might be a different story for the consumer market, but it might be worth it eventually if more docks come to market, for example Laptop docks, so you can switch the card between two or more types of docks. Since the solution is rather expensive, standard mini PCs will likely prevail in the consumer market.